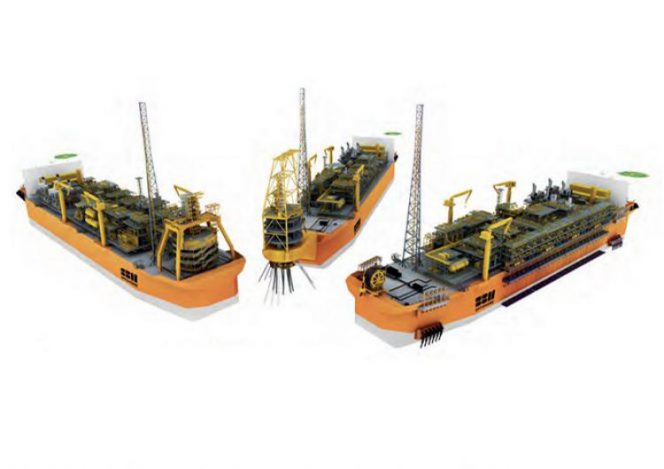 SBM Offshore is pleased to announce that Esso Exploration and Production Guyana Limited (EEPGL), an affiliate of Exxon Mobil Corporation, has confirmed the award of contracts for the Yellowtail development project located in the Stabroek Block in Guyana. Under these contracts, SBM Offshore will construct, install and then lease and operate the ONE GUYANA FPSO for a period of up to two years, after which the FPSO ownership and operation will transfer to EEPGL. The award follows completion of front-end engineering and design studies, receipt of requisite government approvals and the final investment decision on the project by ExxonMobil and block co-venturers.

The FPSO ONE GUYANA’s design is based on SBM Offshore’s industry leading Fast4Ward® program that incorporates the Company’s new build, multi-purpose floater hull combined with several standardized topsides modules. The FPSO will be designed to produce 250,000 barrels of oil per day, will have associated gas treatment capacity of 450 million cubic feet per day and water injection capacity of 300,000 barrels per day. The FPSO will be spread moored in water depth of about 1,800 meters and will be able to store around 2 million barrels of crude oil.

SBM Offshore is committed to work with Guyanese companies for work to be performed in Guyana and is preparing to further recruit and employ Guyanese engineers into the ONE GUYANA project team.