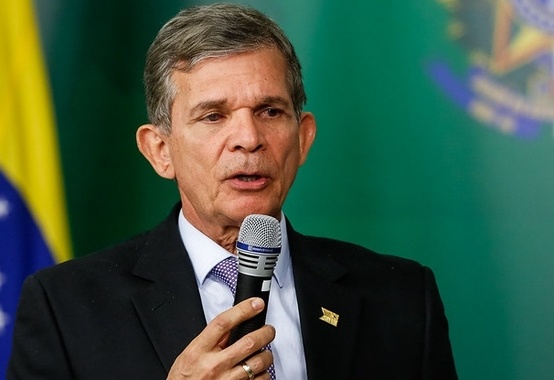 (PN) Always very discreet in the traditional press conferences of Petrobras, giving only shorter and more punctual statements, General Joaquim Silva e Luna decided to speak out, now that his departure from the presidency of the state-owned company is more than confirmed. The military man gave several interviews to some of the country’s press vehicles, something that had not happened since he took over the company. In his talks, he says he has no regrets. The general’s most relevant statements were given in an interview with Veja magazine, in which Silva e Luna stated that he was pressured by President Jair Bolsonaro because of fuel prices and also because of the change of directors.

In the interview with the magazine, Silva e Luna says that the pressures have always been increasing, but that they have never been absorbed. Despite pressure and indications, the president of Petrobras stated that he never felt uncomfortable. Silva e Luna stated during the interview that he would not abandon the battlefield and that he already expected the outcome of this story, with his departure from the company. What hurt him, however, according to him, was the way his dismissal took place. “It could have been more respectful,” confessed Silva e Luna.

Still, the general declared that he does not feel betrayed by Bolsonaro. He claims that his relationship with the president has always been respectful. He completes by saying that because he could not change prices, did not accept interference within the company, did not accept changing directors, the outcome of the story was his dismissal. “I don’t sell my soul to anyone, I don’t put my values ​​in check,” he said in another part of the interview.

To the newspaper “O Globo”, the president of Petrobras said that the company was chosen as the culprit for the high prices of fuel in the country. He repeated the argument that the company only accounts for a third of the value of derivatives. Silva e Luna also stated that in other countries the solution to deal with the current rise in fuel prices has been the creation of subsidies.

The general also expressed concern about the possible effects of his resignation on the image of the Armed Forces. “I confess that I was apprehensive about it”, he confided. In addition, Silva e Luna showed annoyance with the possible consequences of his departure from Petrobras for his biography. “That was the only thing that bothered me, because I consider it a sacred asset of mine,” he added.

Finally, when asked about a possible privatization of Petrobras, Silva e Luna replied that this process could bring a lot of value to the company. This is because, in his view, it would eliminate the risk of political interference in the company. To the “Estadão”, Silva e Luna stated that the scenario of changes in command of Petrobras hinders the long-term strategy and the investor’s vision. In addition, he sees that these constant changes in the company generate instabilities.