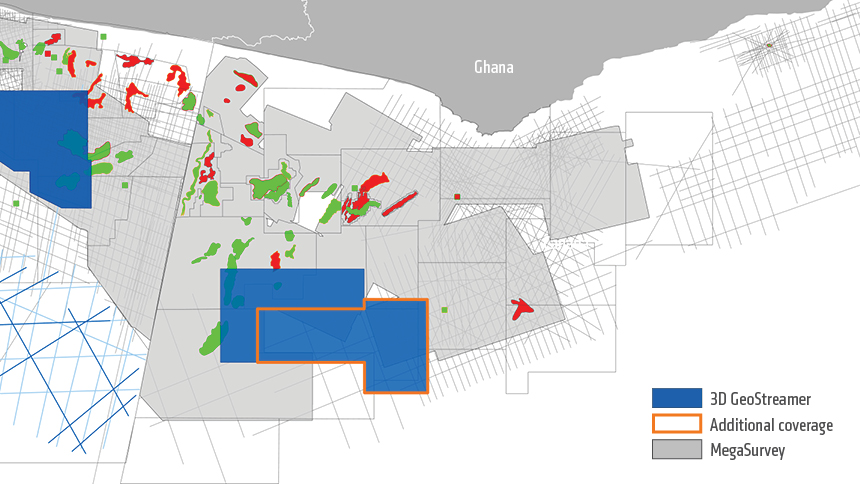 The survey targets an area that has seen recent high-profile exploration success, with ENI’s Baliene-1X discovery in August 2021, and Springfield’s Afina-1X discovery in November 2019, PGS said.

The Upper Cretaceous play is the focus, with deep marine turbidite channel and fan complexes providing excellent reservoir potential in the Cenomanian, Turonian and Campanian intervals, the company stated.

The data, which was acquired in 2019, has undergone KPSDM processing and FWI velocity model building to create an AVO compliant prestack volume that allows explorers to significantly derisk deepwater exploration in this prolific basin.

According to PGS, the new data is available now.

As reported earlier, Eni and Springfield have been trying to hammer out a unitisation agreement for their fields off Ghana since 2020 when it was discovered that Eni’s Sankofa and Springfield’s Afina fields share the same reservoir.

However, as they had failed to reach an agreement, the government of Ghana imposed its own terms and conditions in October 2020 for Eni and Springfield E&P to ensure optimum exploitation of the two fields.

Following Springfield’s application, a Commercial High Court in Ghana on 25 June 2021 ruled in the company’s favor, deciding to freeze 30% of revenues received by Eni and its partner Vitol from the sale of crude oil from the Sankofa field and place them into an escrow account.

A month later, Eni’s attempt to suspend the execution of the ruling was dismissed and the unitisation talks between the two companies continued.