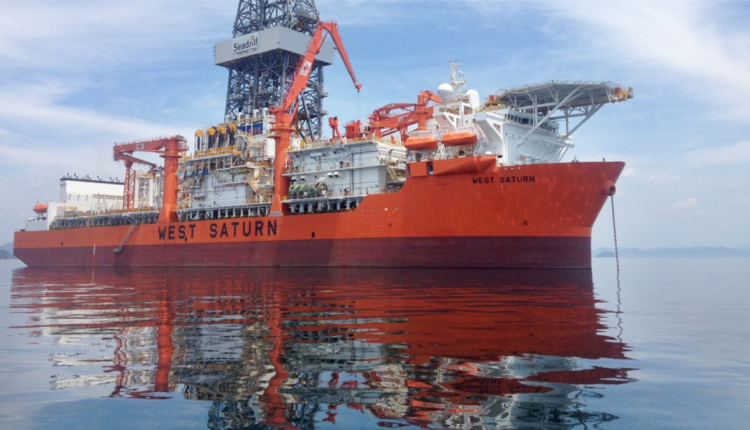 Oil and gas major ExxonMobil has completed its drilling operations on the Cutthroat prospect, located in the Sergipe-Alagoas Basin off Brazil, but failed to verify the presence of hydrocarbons.

ExxonMobil started drilling the exploration well 1-EMEB-3-SES in the Block SEAL-M-428 on 20 February 2022, using Seadrill’s West Saturn drillship. The operations were expected to last between 45 – 60 days. ExxonMobil is the operator and holds a 50 per cent interest in the area in a consortium with Enauta (30 per cent) and Murphy Oil (20 per cent).

In an update on Monday, Enauta informed that drilling, logging, and final evaluation of the exploratory well on the Cutthroat prospect have been concluded.

Although the occurrence of hydrocarbons in this well was not verified, Enauta said that the consortium will conduct complementary studies, incorporating sampled data into its regional geologic interpretation, and update its vision as to the exploratory potential of the blocks located in the Sergipe-Alagoas Basin ultradeep waters.

Reuters reported last week that, should the exploration be successful, it would be ExxonMobil’s first oil discovery in Brazil as an operator. However, Enauta’s report now shows that this has not happened.

Enauta was partially carried by partners ExxonMobil and Murphy Oil in the 1- EMEB-3-SES well-related costs, according to respective farm-out agreements.

According to Seadrill’s latest fleet status report, the 2014-built West Saturn drillship is under contract with ExxonMobil off Brazil until April 2022 after which it is scheduled to work for Equinor, also in Brazil, starting from July this year until July 2026 with options until July 2030.