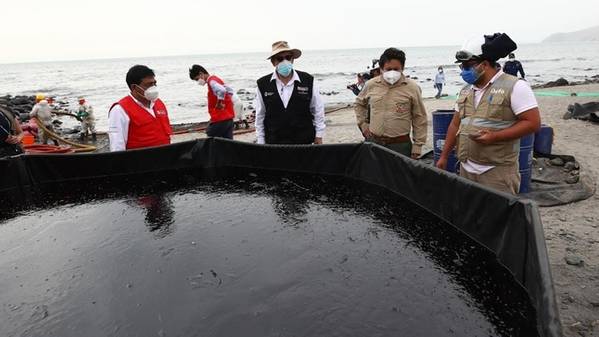 Ramirez said the suspension of operations would last until the company “can offer technical guarantees that another spill will not happen.”

“In addition, (the company) has not shown clear cleaning actions.”

Repsol said in a statement it considered the decision to be “disproportionate and unreasonable” and the company would “make every effort to avoid the risk of shortages of essential products.”

Repsol’s La Pampilla refinery is the largest in Peru, and the company said it accounts for 40% of the Peruvian fuel market.

Outgoing Peruvian Prime Minister Mirtha Vasquez, who resigned https://www.reuters.com/world/americas/peru-president-castillo-replace-cabinet-moderate-pm-2022-01-31 from her role on Monday, said the administration had been working on an international lawsuit against Repsol over the “gravity of the environmental disaster.”

Repsol has said 35% of the oil spilled has already been recovered but it will not finish cleanup tasks until late February.

The spill took place on the Pacific Ocean just off the coast of Lima on Jan. 15, which the company has blamed on unusual waves triggered by a volcanic eruption thousands of miles away in Tonga.

The Spanish company has faced widespread backlash for the spill and Peruvian President Pedro Castillo has called it the biggest ecological disaster to affect the country in recent years.

Prosecutors are weighing criminal charges against executives over the spill and successfully petitioned a judge to bar four of them, including the company president, from leaving Peru for the next 18 months.

Peru’s government has said the spill involved 11,900 barrels of oil, while the company said the number was smaller, involving 10,396 barrels.