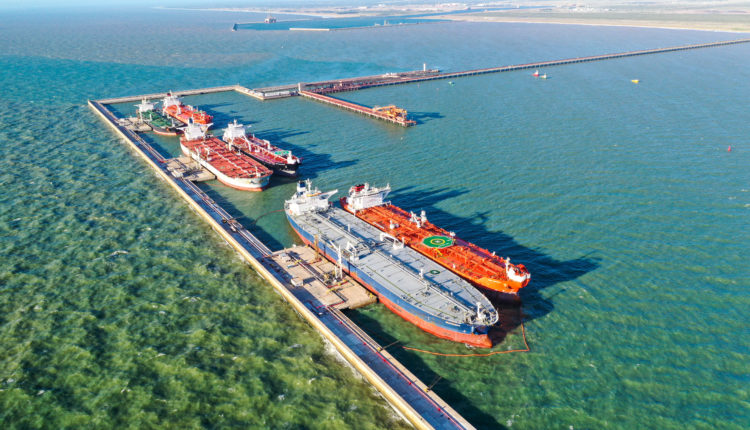 (PN) Prumo Logistica, a company controlled by EIG Global Energy Partners, responsible for the development of Porto do Açu, acquired the 20% stake held by the German company Oiltanking and will now control 100% of Açu Petroleo. Formed in 2016, Açu Petroleo is the owner of the only private terminal in Brazil for transshipment of oil in sheltered waters with the capacity to operate VLCC (Very Large Crude Carrier) class vessels. The asset has a privileged location, close to the main oil producing fields in the Campos and Santos basins, a region where production from the pre-salt is predominant. The transaction is in line with Prumo’s strategy of allocating capital to assets of strategic importance for the development of Porto do Açu that have high potential for growth and value creation. Oiltanking will maintain its contribution to the project, acting as a strategic provider of long-term operation and maintenance services for the terminal, an area where it is internationally recognized for its expertise.

As part of the transaction, Açu Petroleo carried out the raising of debt securities abroad in the amount of US$ 600 million, with an interest rate of 7.50% pa and payment term until 2035. In addition to the acquisition of the 20% held by Oiltanking, the proceeds from the bond issuance will be used to settle the existing line of financing, distribution among shareholders and other uses. The move is part of Grupo Prumo’s strategic planning, whose long-term vision has as one of the pillars the expansion and diversification of Açu Petroleo’s activities. In just five years since the beginning of its operations, the terminal has already become responsible for handling 30% of Brazilian oil exports. With the expected growth in oil production, notably in the pre-salt blocks, and the consequent increase in exports, Açu Petroleo has high growth potential, due to its unique characteristics of the terminal, such as its location, draft and operational capacity. already installed.

Tadeu Fraga, CEO of Grupo Prumo, said that Açu Petroleo is a company that has solid governance, with a team of executives and directors of high reputation and proven competence. “The decision to fully acquire the company demonstrates how much we believe in the strength of the business and in the quality of the team and assets, and demonstrates our priority in further supporting this growth, in a sustainable way. This is another step in the consolidation of Açu as one of the most important port-industry complexes in Latin America”, said the executive.

With a depth of 25 meters and modern infrastructure, the terminal is licensed to handle up to 1.2 million barrels of oil per day. In addition to serving operators in their exports, Açu Petroleo has also been heavily involved in cabotage support operations to feed refineries along the Brazilian coast. The Açu Petroleo terminal is located in Porto do Açu, in the north of Rio de Janeiro. It is one of the largest and most important energy and infrastructure complexes in operation in the country, with an area of ​​130km², of which 90km² are dedicated to industrial development. Supported by solid principles of environmental protection, social development and governance, the complex’s development strategy contemplates the expansion of natural vocations associated with the oil and gas and mining sectors, as well as industrial development leveraged by the supply of gas in the port and associated projects.

“Açu Petróleo already serves all operators that operate in Brazil and that carry out exports in the country, having shown an average annual growth of around 50% in volumes handled since the beginning of operations, as a result of the increase in Brazilian exports of oil and the safety and environmental protection differentials that operations in sheltered and modern terminals like ours provide”, said the CEO of Açu Petroleo, Victor Bomfim. “The Açu Petroleo terminal has proved to be the main logistical solution for oil movement in Brazil, as it is the only one with available capacity and also because it can receive VLCC class ships, which store up to 2 million barrels of crude oil each” , he added.

In operation since 2014, Açu has the third largest iron ore handling terminal in Brazil, builds the largest power generation park from natural gas in Latin America, with an LNG terminal and a 1.3 GW plant already in operation, and a second thermoelectric plant of 1.7 GW in the beginning of construction. It also houses the largest offshore logistics support base and two of the largest flexible pipeline factories for the flow of oil and gas in the world.