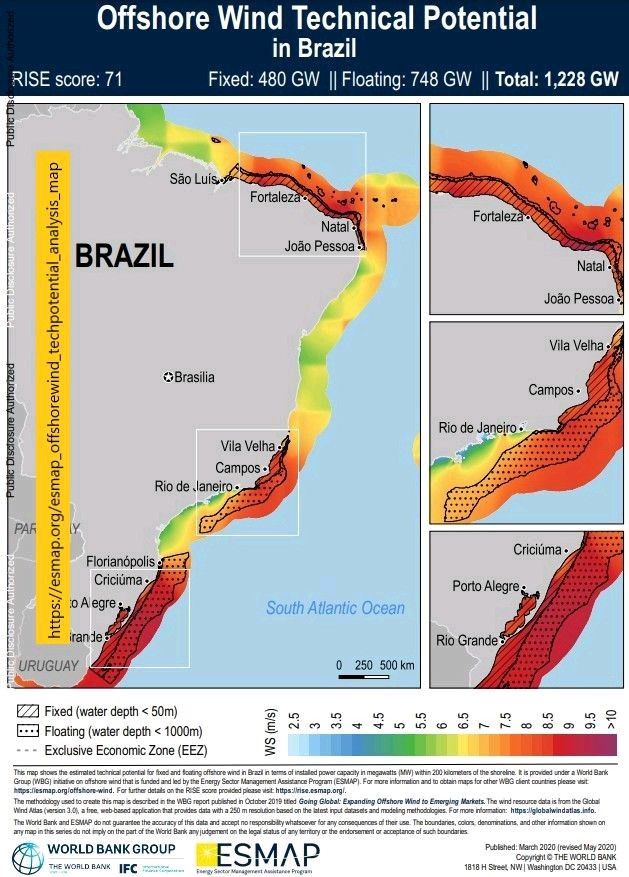 (Valor) Potential investors in the offshore wind segment are waiting for the government’s regulatory definitions to start projects in the seas of Brazil with the legal certainty characteristic of the electricity sector.

The Brazilian Wind Energy Association (Abeeólica) is in a hurry to get the main regulatory guidelines for contracting offshore wind farms out, as international investors are interested in Brazil. The entity helps in the economic and regulatory structuring to receive the investments and believes that in 2023 it will be possible to make the first event viable.

“What we did in 2021 and what we will continue to do in 2022 is to arrange the economic and regulatory framework to receive offshore investments. We already have companies in Brazil and 46 GW of projects in licensing at IBAMA. We will structure to hold auctions in the near future, which I imagine will be in 2023”, says Elbia Gannoum, executive president of ABeeólica.

Some companies even actively collaborated in discussions to define the legislation to be adopted in the country, such as Neoenergia, whose majority shareholder is Spain’s Iberdrola. Another giant targeting the segment is Shell Energy, which has evaluated the Brazilian offshore wind potential, using its knowledge of the marine environment and with the implementation of these plants outside Brazil.

The Ministry of Mines and Energy (MME) works with the Civil House of the Presidency of the Republic to consolidate contributions to the establishment of the first regulation of offshore wind energy in Brazil. “The work should be completed by the end of this month,” the ministry said.

Other structural conditions still need to be overcome. The wind industry is already mature, but Brazil needs to arrange the infrastructure of ports and transmission, since the projects have a very large scale, and the recovery of the economy needs show strenght for investments to accelerate.