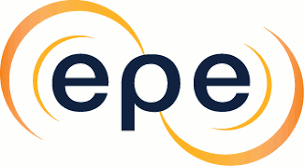 (epbr) The entry of multiple hydrogen production routes, with the participation of fossils and renewables, can contribute to the expansion of the use of natural gas in the Brazilian energy transition strategy.

The Energy Research Company (EPE) should publish technical notes in the coming days on the prospects for producing three colors of hydrogen in the country: grey, blue and turquoise.

“The gray hydrogen we already have, it’s the most cost-effective and competitive. It brings the technological base. But from natural gas, we are also advancing in low-carbon hydrogen, which can be blue or turquoise,” explained Heloisa Esteves, director of Oil, Gas and Biofuel Studies at EPE.

The colors are nomenclatures to refer to the different fuel production routes.

The studies are a collaboration with the British government and should contribute to the design of the National Hydrogen Strategy, scheduled for the beginning of this year.

Gray hydrogen is produced from the steam reforming of natural gas with emission of carbon into the atmosphere.

Blue hydrogen, on the other hand, goes through the same process, but with the capture and storage of the C02 (CCS) emitted in the reform.

While turquoise hydrogen is obtained from the pyrolysis of natural gas, generating solid carbon, a kind of coke that can be reused in industrial processes.

Heloísa Esteves explains that blue and turquoise hydrogens can be quickly introduced in the market, to meet the demand for low-carbon alternatives, compared to gray.

“They generate clean flexible energy from a fossil fuel that we have in abundance in Brazil,” she says.

She counts in favor of gas, then, the policies and the development of the sector, which despite the recent crisis, have allowed the entry of new agents.

“By combining this [gas supply] with the Novo Mercado and with the sector mapping the potential of demand, we open a new route for the natural gas chain to play a role in the energy transition”, says Heloisa Borges.

EPE studies estimate that Brazil could produce gray hydrogen for between US$ 1 and US$ 2 a kilo, while blue and turquoise blue could reach US$ 2 and US$ 2.60 a kilo, considering the price of the natural gas at $6 per million BTU.

“For the production of these types of hydrogen, the barrier is the cost of gas, regulation of the carbon markets and logistics solution”, says Marcelo Alfradique, Deputy Superintendent of EPE.

In the case of blue, the estimated price takes into account the reduction with the sale of carbon credits from the capture and storage of CO2, which would require a maturing of this market and progress in regulatory issues.

At the end of 2021, natural gas prices in Brazil, without transport tariff and in the captive market, exceeded US$ 8 per MMBtu; for 2022, in many states, the Petrobras adjustment ended up in court.

The cost of green hydrogen needs to drop to US$ 3/kg to be competitive, says Mauro Andrade, executive director of Business Development at Prumo.

The EPE technical note will also include a case study that raises the possibility of installing blue hydrogen production plants on existing offshore platforms in the pre-salt layer of the Santos Basin.

In this way, the CO2 emitted in the process would be captured and injected into the reservoirs, as is done today with natural gas.

“Studies are still being carried out for CO2 injection, because we already have the technology ready to inject natural gas into the reservoirs. It is a more acidic gas than natural gas, but studies point to this possibility”, explains analyst Claudia Bonelli.

Another case study will demonstrate the onshore blue hydrogen production, in which the captured CO2 would be transported to the pre-salt region for injection into the reservoirs.

In the case of turquoise hydrogen, the EPE’s cost projection also considered the possible commercialization of solid carbon, known as carbon black, used mainly in the manufacture of tires.

However, the note points to the need to expand the use of this substrate in the generation of carbon with high added value, such as the graphite used in lithium batteries, so that the price of this hydrogen becomes competitive.

EPE also cites studies around the world that prove the feasibility of using the existing gas structure in the distribution and transport of hydrogen.

This would be done through a mixture of hydrogen and natural gas, which could be, in general, from 10 to 20%, reaching up to 30%, as has been proposed in Germany and the Netherlands, for example.

In Brazil, Ceará is also studying the feasibility of sharing networks for the distribution of hydrogen. The state, through the Port of Pecém – and with an eye on global demand – has been trying to attract projects, especially green hydrogen.

Another point highlighted by the director of the EPE is the advance in the development of new uses for hydrogen.

“We need to advance the understanding of the uses of hydrogen beyond what we already know today. We are familiar with the use of hydrogen as an input in industrial processes and in refining itself, but we still need to seek technological development for the energy use of hydrogen,” she says.

“There is little clarity on whether these alternative energy uses are in fact sustainable at scale.”

According to her, building a firm demand and structure of blue or turquoise hydrogen would allow it to be possible in the future to migrate to a biomethane route, with green hydrogen, when this reaches lower costs.

Recently, Furnas, a subsidiary of Eletrobras, started testing an application of hydrogen to backup hydroelectric generation. It is still an R&D-scale project.

Looking at the foreign market (how to make freight viable) and domestic (fertilizers), companies are also looking at the possibility of including green ammonia in the hydrogen chain, a sector that can benefit from the generation of renewable energy on the Brazilian coast.

Heloisa Esteves reinforces that the hydrogen market can only be consolidated with the complementarity between the different types of hydrogen.

This, by the way, is one of the guidelines presented in the National Hydrogen Plan by the Ministry of Mines and Energy (MME) points to the use of different routes in the production of hydrogen in the country, which has been called rainbow hydrogen.

“We need to have a firm and affordable low-carbon hydrogen supply within this decade. We need scale, we will not be able to give up the various possible routes of low carbon hydrogen”, she adds.

“We are very confident in our modeling, that to introduce hydrogen into the energy matrix we will need to rely on hydrogen from fossil and non-fossil sources”, she emphasizes.

According to the director, the Ten-Year Energy Expansion Plan (PDE) 2031 will include a qualitative chapter on hydrogen indicating this model.