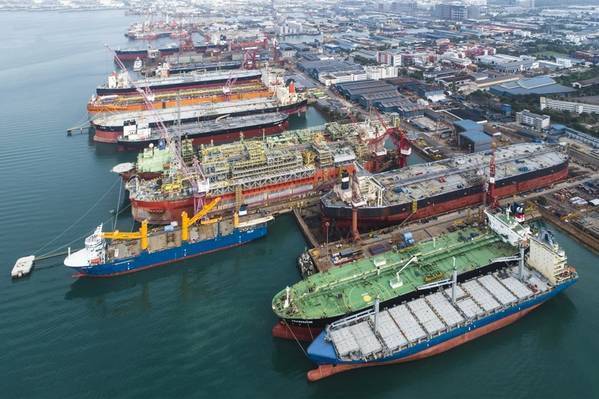 For the first project, Keppel Shipyard signed a Limited Notice to Proceed (LNTP) with what it said was a global provider of LNG shipping services to start early works for the conversion of a Liquefied Natural Gas (LNG) Carrier into an FSRU. It did not say who the client was.

The scope of the LNTP includes engineering work starting in 4Q 2021, with the Full Notice to Proceed (FNTP) for the remainder of the work expected within 1Q 2022 when the project reaches the final investment decision.

For the second project, Keppel Shipyard received a Letter of Award (LoA) from BW Offshore, to undertake the integration work on a newbuild FPSO. The formal contract signing is expected by early 2022.

Keppel Shipyard will be responsible for the integration of about 35,000 tons of topside modules and a turret. Additional options are available for the fabrication of structures such as a flare tower.

The total value of the two projects is expected to be around S$200 million (around USD 145,8 million), including the Full Notice to Proceed with the FSRU work.

“Further announcements will be made when the FNTP on the FSRU project has been received, and when a definitive contract has been entered into between Keppel Shipyard and BW Offshore on the FPSO integration,” the company said.