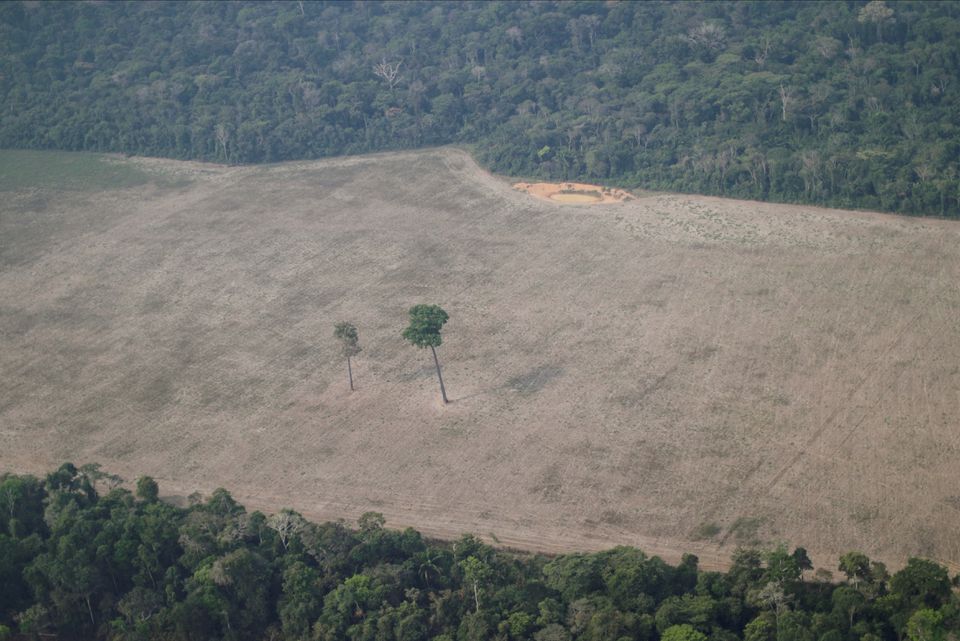 (Reuters) – Diplomats expressed shock and disappointment on Friday at new data revealing higher-than-expected deforestation in Brazil’s Amazon this year, saying it increases pressure on President Jair Bolsonaro’s government to do more to stop the destruction.

Evidence that Brazil sat on the data for three weeks before announcing it also drew outrage from non-governmental organizations.

The government released the report, which was dated Oct. 27, after this month’s high-profile U.N. COP26 climate summit in Glasgow, where Brazil signed up to a global pledge to end deforestation by 2030 and made more climate commitments.

Brazil’s environment minister, Joaquim Pereira Leite, told reporters that he only gained access to the data on Thursday when it was announced. He called the data “unacceptable” and vowed more forceful action to fight deforestation.

The data showed deforestation in Brazil’s Amazon rose to the highest level since 2006 with an area larger than the state of Connecticut being cleared, according to Brazil’s national space research agency, Inpe.

Preliminary data from Inpe released earlier in the year had indicated deforestation might decline slightly, but the more accurate final data showed a 22% increase.

The Amazon’s trees absorb vast amounts of carbon dioxide that would otherwise warm the planet.

One European diplomat told Reuters, speaking on condition of anonymity, that he was “very disappointed with the latest figures.”

A second European diplomat, from a different country, said the numbers were “vastly worse” than what was expected.

While the increase drew surprise, Brazil has not shown that environmental policy is moving in the right direction, the person said.

“All the political signals coming from the government through Congress or other means clearly do not show any political will toward reducing deforestation,” the diplomat said.

Pressure from the private sector and foreign governments “is only increasing” for Brazil to show a concrete plan for how it will get deforestation under control, they added.

Brazil’s presidency and its environment and foreign ministries did not immediately respond to a request for comment on the criticism.

A Brazilian diplomat, who participated in the COP26 Glasgow summit, told Reuters that negotiators did not know about the data during the U.N. talks and acknowledged that it would increase pressure on Brazil.

But the diplomat, speaking on condition of anonymity, said that Brazil at the negotiations had already admitted that deforestation was a problem and the new deforestation goals had been welcomed.

“We have to admit to it and resolve it to maintain our ability to negotiate and influence,” the person said.

Valentina Sader, assistant director of the Latin America center at the Atlantic Council, a think tank, said the data combined with Brazil’s targets at COP could increase international scrutiny.

“Commitments made publicly in Glasgow will be essential for holding Brazil accountable,” Sader said.