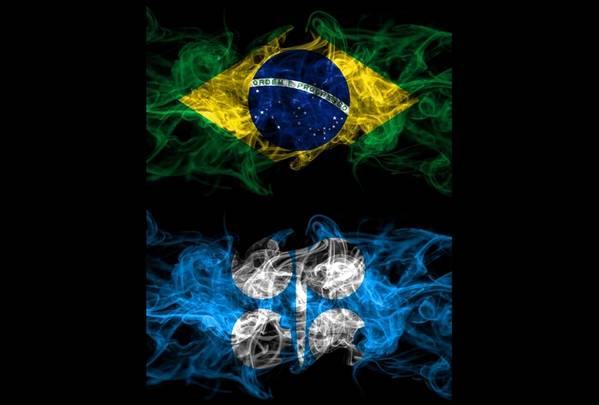 Brazil has no plans to join the Organization of the Petroleum Exporting Countries (OPEC) for now, although it is working with the producer group, its energy minister said on Wednesday.

Brazilian President Jair Bolsonaro said in 2019 he wanted his country to join OPEC, a move that would likely require Brazil, a growing producer and the world’s seventh-largest based on 2020 figures, to limit oil output.

“At the moment there are no plans to join OPEC. We continue to work with OPEC in a cooperative way,” the energy minister, Bento Albuquerque, told reporters in Abu Dhabi on the sidelines of an energy conference, speaking through a translator.

OPEC groups top exporter Saudi Arabia and 12 other countries, including the United Arab Emirates. Since 2017, OPEC has had a deal with non-member producers, excluding Brazil, in a grouping known as OPEC+ to limit supply and support the market.

“We continue to hold meetings with Saudi Arabia and UAE,” the minister said. “We understand that we have to have a good relationship with OPEC and OPEC+.”

Brazil was the world’s seventh largest oil producer in 2020, according to figures from the U.S. government’s Energy Information Administration, pumping 3.79 million barrels per day.

If it joined OPEC, it would become the third biggest producer in the group, founded in 1960, and the most significant new member for years.

Oil prices have jumped in 2021 to a three-year high above $86 a barrel as OPEC+ unwinds supply curbs put in place at the height of the pandemic, and world demand recovers.

Asked if prices were too high and whether OPEC+ was to blame, the minister said Brazil and OPEC have similar challenges, and added oil prices were having an economic impact.

“We consider that the prices of oil and gas are high and incur an impact in the Brazilian economy. We also understand this is a consequence of the resumption of the world economy,” he said.

In January 2020, the energy minister had said Brazil would start discussions on joining OPEC later that year, but an OPEC source, speaking on condition of anonymity said on Wednesday the issue had gone “very quiet”.