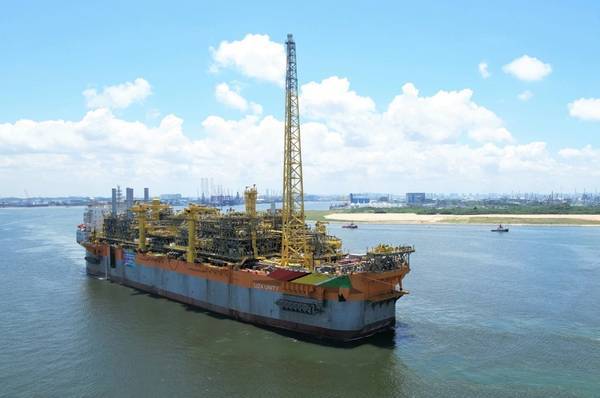 Hess Corp expects to produce more than 1 million gross barrels of oil per day (bpd) in Guyana by 2027 from at least six production units, the U.S. oil producer said on Wednesday.

Hess added that it sees potential for up to 10 floating systems to develop the discovered resources on the [Stabroek] block. ExxonMobil had previously said it expects to have five units in operation in Guyana by 2026 and sees a potential for a total of seven to 10 units.

Hess Chief Executive Officer John Hess also said the fourth development on the block, the Yellowtail project, was envisioned to have a gross capacity of about 250,000 bpd, with first oil expected in 2025.

The plans for the Yellowtail development was recently submitted to the government of Guyana for approval, the company added in a post-earnings conference call with investors and analysts.

The company, on the call, declined to provide final numbers on cost or wells planned, but added that breakeven for Yellowtail, even with some cost increases, would firmly be in the $25 to $32 per barrel range.

Higher production from Guyana, considered a growth engine for Hess, also helped the company offset output declines in North Dakota’s Bakken and the Gulf of Mexico.

Hess said the third development on the Stabroek Block at the Payara field is on track to achieve first oil in 2024, also with a gross capacity of 220,000 bpd.

The company said it expects to spend about $1 billion in Guyana in 2022, about $250 million more than this year.