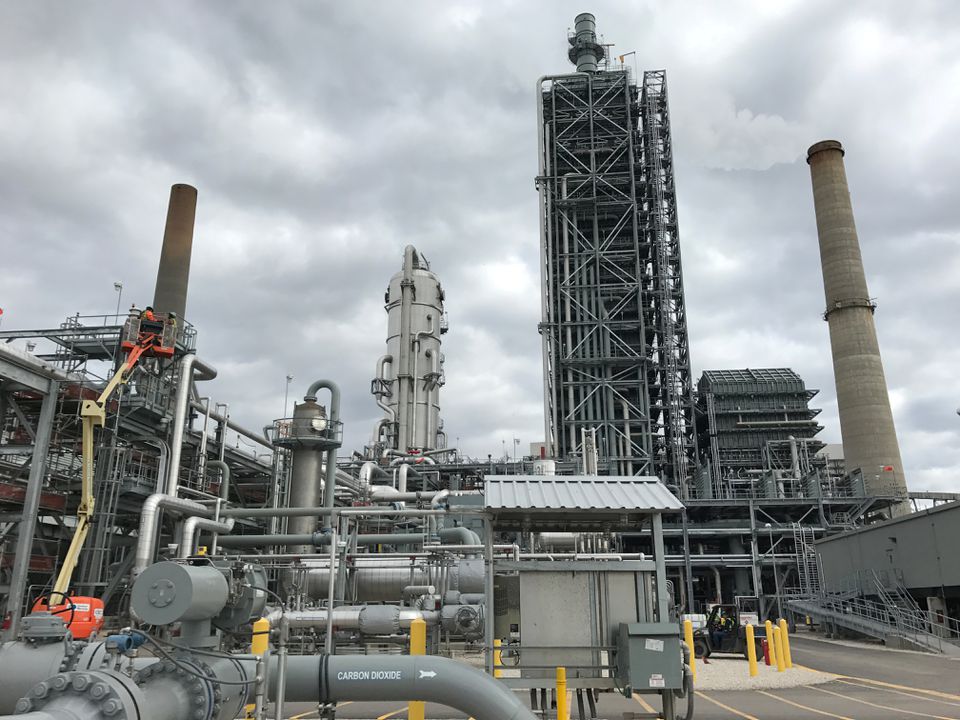 (Reuters) – Setting the global average price of carbon per tonne significantly higher at $100 or more is necessary right away to incentivise net zero emissions by 2050, according to a Reuters poll of climate economists.

Carbon pricing has come to the forefront of policy measures seen as ways to reduce emissions to a level consistent with the Paris Agreement target of less than 1.5-2 degrees Celsius of warming.

The G20 group of large economies recognized carbon pricing for the first time as a possible tool at a meeting in Venice in Italy this year. read more

A higher price for carbon is seen as essential to fund the transition to net zero emissions by 2050, which is estimated to cost $44 trillion or 2%-3% of annual global GDP. read more

The International Monetary Fund has recommended a global average carbon price of $75 per tonne by the end of the decade.

But that figure should be at least $100, and right away, to reach net zero emissions by 2050, according to the median view of about 30 climate economists from around the world polled from Sept. 16 to Oct. 20 ahead of the COP26 summit in Glasgow.

That is significantly higher than where most countries who set the price currently have it, including among high carbon emitters.

Nearly 70% of respondents – 19 of 28 – said the cost of carbon per tonne should be above $75, of whom 17 suggested $100 or above. While six respondents agreed with the IMF recommendation, only three believed it should be lower than $75. Recommendations ranged from $50 to $250.

“Current carbon prices in G20 economies are between $3-$60 per tonne of carbon emissions, but many large emerging economies like Brazil, India, Indonesia still have no carbon prices,” said Patrick Saner, head of macro strategy at Swiss Re.

“We also need to recognize that carbon pricing in itself is no silver bullet.”

The top three largest emitters – China, the United States and India – account for approximately half of global carbon emissions today.

According to the International Energy Agency, current carbon pledges by governments are insufficient to reach targets, and closing the gap would need the global average price of carbon to be much higher than what the IMF recommends.

Indeed, Julien Holtz, strategist at Pictet Wealth Management, argues the global average carbon price per tonne is really only around $2 given only about 20% of global emissions are currently covered by actual carbon pricing schemes.

While China, the biggest carbon emitter, kicked off its emission trading system on July 16, with an opening price of 48 yuan ($7.51) per tonne, the U.S. and India still do not have a national carbon pricing market mechanism. read more

Even the European Union, at the forefront of reducing carbon emissions, has set the carbon price at a little more than half the poll’s recommendation. Benchmark carbon prices in the EU Emission Trading System , the first such system, were last trading at 57.78 euros ($67.26) as of Oct. 20.

Wide economic disparities pose a major challenge to all countries agreeing to a uniformly high global carbon price, which partly explains the wide range of recommendations provided by climate economists to reach net zero by 2050.

With most emerging and some developed countries’ continued reliance on fossil fuel-based energy sources to meet their energy demands, a high carbon price will be hard to sustain.

“It should start modestly but (be) sufficient to push out coal in the electricity merit order, at least partially,” said Charles Kolstad, professor of economics at Stanford University.

Despite being crucial to fight climate change, experts say carbon pricing alone is not enough.

“While carbon prices in the major world economies are necessary, they are not by themselves sufficient to deliver net zero economies by 2050,” said Jon Stenning, associate director and head of environment at Cambridge Econometrics.

“The key issue is the need for supporting fiscal and regulatory policy, in addition to carbon pricing to ensure that economies can decarbonise at the pace required.”