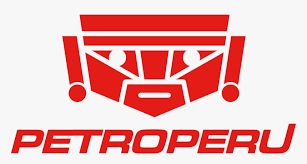 (Reuters) – Peru’s state-owned Petroperu hopes to once again extract oil in the Andean nation by the end of the year to supply crude to its Talara refinery, the government said on Wednesday.

The move, under new socialist President Pedro Castillo, signals a return to oil production for Petroperu after more than two decades focused only on oil refining, transportation, storage and sales.

Peru’s state energy company Perupetro said oil operations would begin on Dec. 27, although details are still being worked out.

Petroperu plans to extract oil in the so-called Lot I, located in the northern region of Piura, from which it can supply crude to the nearby Talara refinery.

Castillo said upon taking office that under his leadership Petroperu would return to oil operations for the first time since a partial privatization of the company in the early 1990s resulted in the sale of its oil fields.

Perupetro said Lot I contains a limited amount of oil, but production there “represents an important milestone” for Petroperu.

It said that in the next few weeks the government would likely authorize the signing of a contract for Petroperu to also jointly produce in Lot 192, the country’s most important oil field, located in the Amazon rainforest.