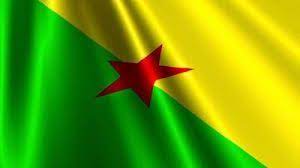 This project is part of a multi-staged development agreement between Ballard and HDF, as initially announced in December 2019 by Ballard. CEOG is the first commercial project for HDF under this agreement. The $200 MM French Guiana CEOG project will combine a solar park, long-term hydrogen and short-term battery storage and fuel cells specified by HDF, based on Ballard’s ClearGen architecture.

The Renewstable power plant, designed and developed by HDF, will supply a 100% renewable, stable and dispatchable power to the equivalent of 10,000 households at a lower cost than a diesel power plant, but without emitting any GHG, fine particle emissions, noise or fumes.

“CEOG demonstrates that HDF Renewstable solution addresses a very large market, being all grids that are currently powered by fossil fuel power plants,” said Damien Havard, CEO of HDF Energy. “By supplying non-intermittent renewable energy, CEOG – which we are working to replicate across the world – opens a new era for renewable energies.”