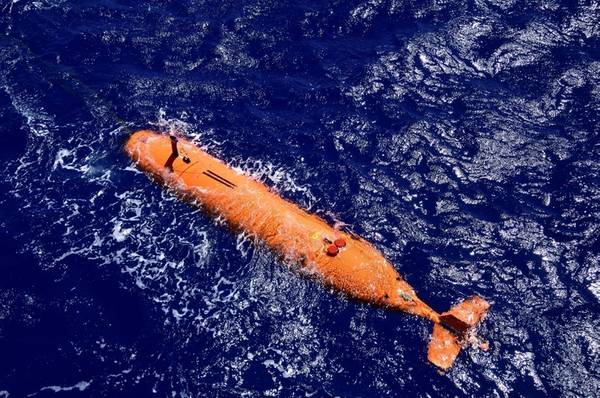 “The partnership will effectively leverage the two businesses’ recent collaboration in the development of the OFG AUV non-contact integrated Cathodic Protection (iCP) inspection system and enable the sharing of resources on several pipeline inspection and geohazard surveys. It will also provide the framework for a coordinated response to the increasing demand for AUV surveys,” the two companies said in a statement.

According to the statement, OFG’s iCP technology delivers greater efficiencies during AUV pipeline and infrastructure inspections by allowing for anomalies and the overall system health check to be analyzed in near real-time offshore. Its miniaturized electronics also simplify integration and deployment on light logistics AUVs, ROVs and shallow water active towfish for pipeline, cable, structure, and umbilical inspection.

Marco Sclocchi, EVP of DOF North America said: “Since our first project together in 2018 to prove the iCP technology on an AUV pipeline inspection survey, we have found that there is a clear alignment between our two companies in performing safe operations and providing the highest quality data in the market. This alliance will also enhance the global footprint of both DOF and OFG through the coordination of asset utilization enabling us to expand our existing operations.”

Matthew Kowalczyk, CEO of OFG added: “DOF Subsea has a proven track record of performing AUV pipeline inspections around the globe and the introduction of iCP into the AUV market removes the final barrier for fully autonomous inspections. We have already worked together to successfully deploy the iCP systems on AUV and ROV projects for major oil and gas operators across three continents and we are excited to continue our work with DOF Subsea to build on this offering.”

In addition to the iCP technology, the two firms said that the shared resources will provide the alliance with a full suite of specialized sensors such as a CathX laser and photogrammetry system and HiSAS synthetic aperture sonar on top of the standard sensors capable of performing geophysical and pipeline inspection surveys.