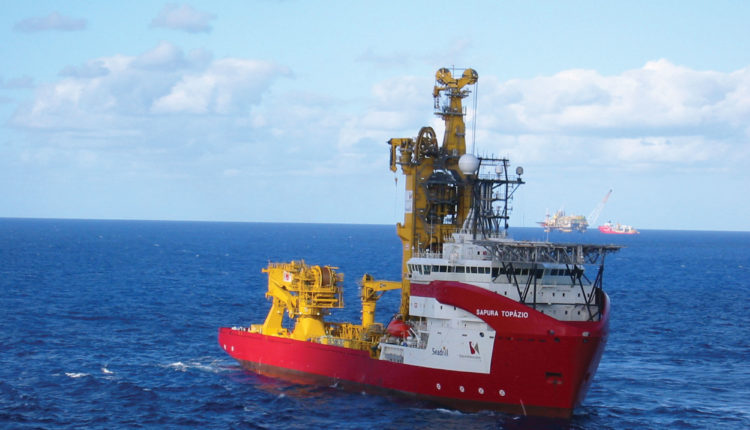 (PetroleoHoje) Petrobras chartered the PLSV Sapura Topázio, from Seabras Sapura, for a period of 1,275 days (about three and a half years) on a day rate basis, with a minimum execution period of 1,095 days. The contract is expected to start on June 30, 2022, and is expected to end on June 29, 2025. The value of the contract is approximately R$1.3 billion.

At the moment, the Sapura Topázio is chartered by PetroRio, with the contract expected to end on October 31 of this year. Both Topázio and Diamante – whose contract was signed with Petrobras at the end of August this year – will support the installation and recovery of flexible pipes for Petrobras in Brazilian waters.

Although the Sapura Diamante contract started on September 15th, operations for Petrobras have not yet started. “The ship is now completing the general testing phase (sea tests, certification assessment, etc.) to start operating under this new contract,” informed Seabras Sapura.

The other four PLSVs of the joint venture’s fleet are also chartered by Petrobras: Sapura Esmeralda (with the contract expected to expire in May 2022), Sapura Ônix (October 2023), Sapura Jade (March 2024) and Sapura Rubi (August 2022). 2024). All vessels have two carousels and two ROVs each, being able to operate in water depths of up to 3,000 m.

Seabras Sapura is a joint venture between Seadrill and Sapura. With Seadrill, Petrobras has a chartered rig: West Tellus, which operates in the Campos Basin. Later, this same rig will be used by Shell at Parque das Conchas, also in Campos.