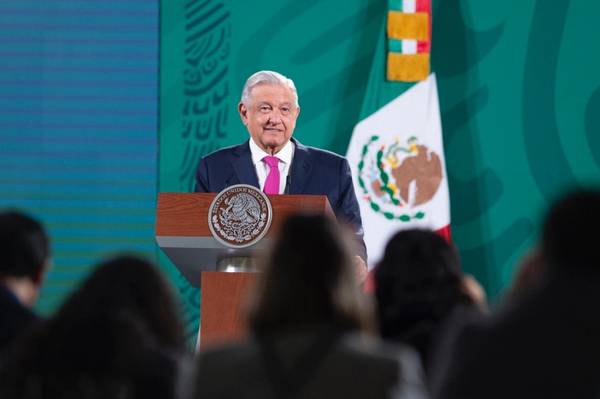 (Bloomberg) –Mexico President Andres Manuel Lopez Obrador is raising Pemex’s spending plan for next year to about $32 billion in a bid to boost flagging oil production.

The funds allocated for the state producer in a 2022 budget proposal, including operational spending, represent a 17% increase from this year. Of the total, about $18 billion will be earmarked for exploration and production investment, a 26% jump.

The generous budget reflects the president’s goal to revitalize Pemex after more than a decade of consecutive output declines and make the country self-sufficient in energy. The spending increase contrasts with widespread belt-tightening in the global oil industry as the pandemic continues to cloud the demand outlook and major economies increasingly focus on boosting renewable energy to fight climate change.

Pemex has been investing in onshore and shallow water fields, which has enabled it to boost production of an ultra light oil known as condensate. Yet, output of its main grades, such as Mexico’s flagship heavy crude Maya, continues to shrink as productivity at big offshore fields dwindles. The problem has been exacerbated by two recent offshore platform accidents that disrupted a quarter of Pemex’s crude output.

The Finance Ministry expects Pemex’s oil production, including condensate, to reach 1.826 million barrels a day in 2022, up 4.2% from this year.

In addition to a higher budget, the government has reduced Pemex’s profit-sharing duty to 40% next year, from 54% in 2021. It has also begun a process of refinancing Pemex’s debt, after the nation received a transfer of about $12 billion from the International Monetary Fund. Some observers are skeptical about whether the financial aid will be enough to move the needle on Pemex’s debt of $115 billion, the highest of any oil company

The president plans to build a new refinery in his home state and refurbish the run-down existing ones, while increasing crude production to feed the plants. But the Dos Bocas flagship refinery project has gone over budget, and critics complain that it’s siphoning away resources from Pemex’s main job of drilling.