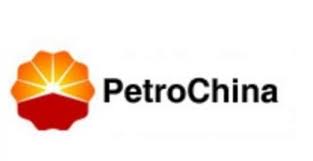 (Reuters) – PetroChina (601857.SS)aims to have oil, gas and green energies to each account for a third of its portfolio by 2035, it said on Thursday, as the Chinese oil major shifts toward a lower-carbon future.

For PetroChina, Asia’s largest oil and gas producer, natural gas currently accounts for about 47% of total output and oil the rest. It is at the early stages of developing renewables.

In addition to expanding natural gas production, PetroChina is zeroing in on geothermal, solar and wind power, by adding renewable projects in 2021 with total capacity of 3.45 million tonnes of standard coal equivalent.

It also has 350,000 tonnes of standard coal equivalent projects under construction.

PetroChina posted an interim profit of 53.04 billion yuan ($8.18 billion) thanks to rising oil and gas prices and a recovery in Chinese fuel demand from the coronavirus pandemic slump.

That compared to a net loss of 29.98 billion yuan in the same period a year earlier.

Refinery throughput rose 6.7% to about 3.35 million barrels per day and sales of gasoline, diesel and kerosene combined were up 4.9% at 80.34 million tonnes.

Its domestic gas sales climbed 17.6% to a record 96.25 billion cubic metres amid robust demand growth from industries and power plants under a consistent government push for less-polluting fuels.

Capital expenditure totalled 73.9 billion yuan in the first half, 1.2% below a year earlier and represented 31% of annual budget for 2021.

Its Hong Kong listed shares have so far this year gained 31%versus a 7.5% drop in benchmark Hang Seng index (.HSI).