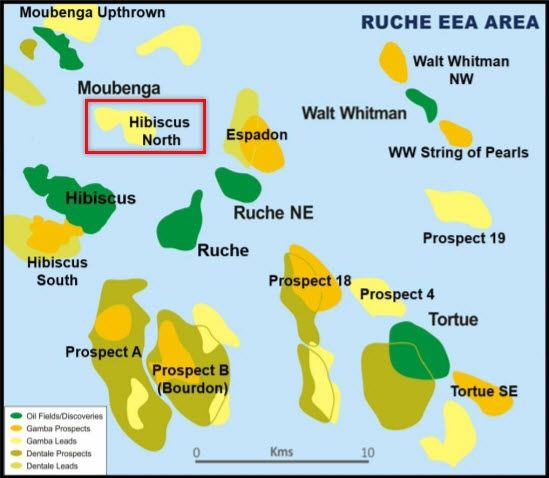 E&P company BW Energy has made an oil discovery in the Hibiscus North exploration well (DHBNM-1) in the Dussafu Block offshore Gabon.

The well is located approximately 6 km north-northeast of the Hibiscus discovery well DHIBM-1 in approximately 115 metres of water depth.

The company announced the spudding of the well on 28 July 2021. The well will be drilled to a planned total depth of approximately 3,500m.

BW Energy said on Tuesday that it is expected that the discovery would add to the previously announced gross discovered recoverable resource estimate for the block, which is currently estimated to be approximately 105 million barrels gross.

During the drilling operations at Hibiscus North, the Gamba was encountered at a depth of 2794m meters and encountered approximately 13.5m of the oil-bearing reservoir in the Upper Gamba sandstone. Determination of the overall hydrocarbon column is pending open hole wireline logging operations, which will be conducted after drilling the well to the planned total depth.

BW Energy also added that the Borr Norve Jack-up was continuing drilling operations to intersect the secondary targets for the exploration well in the deeper Dentale Formation.

After reaching total depth, logging operations and evaluation of the oil discovery will be undertaken, which will be followed by the drilling of a side-track to delineate the field.