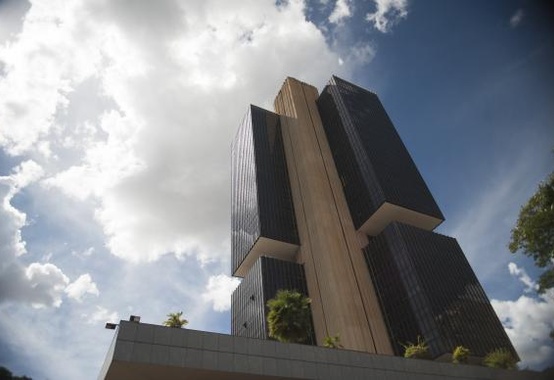 (Reuters) – Brazil’s central bank made clear on Wednesday it will do whatever it takes to tame inflation, a move that investors welcomed, but the prospect of significantly higher borrowing costs than envisaged only a few months ago may not calm local currency and rates markets for long.

The central bank’s tough stance on inflation, while likely to support the real and flatten rates curves in the near term, comes amid deepening fiscal and political uncertainty ahead of a presidential election in October next year, analysts say.

The central bank hiked the benchmark Selic rate by 100 basis points to 5.25%, its biggest increase in 18 years. More significantly, it said it stands ready to repeat the move at its next meeting and tighten policy beyond so-called “neutral” to bring down future inflation expectations.

This widens the real’s interest rate differential, or “carry,” over other currencies, making it more attractive to investors.

According to Infinity Asset Management in Sao Paulo, Brazil’s real interest rates, accounting for inflation, are the second highest out of 40 main economies around the world, behind only Turkey.

“But the real doesn’t rely solely on mathematics and economics. There’s fiscal irresponsibility too, and we are on the verge of it. If that is not resolved, carry won’t help,” said Jason Vieira chief economist at Infinity.

Analysts more bullish on Brazilian assets also warned investors to strap themselves in for a bumpy ride.

“Fiscal headlines can bring some volatility as budget discussions intensify in coming weeks,” said Juan Prada at Barclays, who expects the real to strengthen and curve to flatten, broadly.

In midday trading on Thursday, the real was up only 0.4% at 5.17 per dollar , and the January 2022-January 2025 rates spread had completely reversed its initial 10-basis point flattening to around 250 basis points, higher than Wednesday’s close , .

One-month implied U.S. dollar/real volatility slipped toward 17% . But that is still up from around 13% two months ago, and almost double pre-pandemic levels from early last year.

The real and rates markets have rallied since “Copom,” the central bank’s interest rate-setting committee, started tightening policy in March. But they still show significant risk premiums that weren’t there pre-pandemic, 18 months ago.

In February last year the real was trading at 4.35 per dollar, one-month implied volatility was around 10%, and the January 2022-January 2025 rates spread was around 145 basis points.

Since the pandemic outbreak, Brazil’s real has been consistently more volatile than many of its peers. One-month implied volatility in the Mexican peso, for example, is now back down to 10%, close to where it was in February last year.

A Reuters poll on Thursday showed that the real will likely weaken over the next 12 months, not strengthen.

Much of that is down to the persistent doubt over Brazil’s fiscal health, which is once again being magnified by another wave of political uncertainty as the 2022 presidential election comes into view.

President Jair Bolsonaro has threatened not to hold the elections, claiming without evidence that the electronic voting system is vulnerable to fraud.

On Wednesday, he raged against a Supreme Court investigation into his conduct and threatened to respond outside the limits of the constitution.

In recent weeks, polls have shown Bolsonaro’s approval ratings at their lowest since he took office in January 2019. He has responded by promising a 50% increase in the popular “Bolsa Familia” welfare program for poor families. read more

Despite officials’ insistence to the contrary, investors fear the government will break its key “spending cap” fiscal rule. This would deal a devastating blow to the government’s fiscal credibility and make it extremely difficult to put the country’s heavy debt load on a sustainable path.

An aggressively hawkish central bank mitigates these risks. Several economists have raised their Selic forecasts to 7.00% or beyond, and some – at BNP Paribas, Credit Suisse and UBS – reckon it will rise to 8.00% or higher.

“While a more hawkish central bank remains broadly supportive for the currency, we stick to our more bearish bias on the real,” wrote Morgan Stanley strategists in a note on Thursday, citing rising political noise and fiscal risks, heavy long positioning in the currency and expensive valuations.