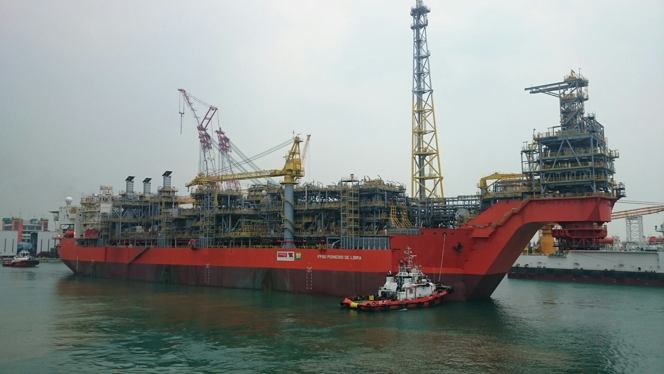 The consortium of companies in charge of the Mero project (Bloco de Libra), announced the investment decision for its fourth phase. Located in deep waters, 180 kilometers off the coast of Rio de Janeiro, the block is located in the pre-salt area of ​​the Santos Basin. The FPSO Mero 4 will have a capacity of 180,000 barrels per day and is scheduled to start operating in 2025. It follows the investment decisions of the FPSOs Mero 1 (first oil scheduled for 2022), Mero 2 (first oil scheduled for 2023) and Mero 3 (first oil planned for 2024), all with a capacity of 180,000 barrels per day.

Campo de Mero has been in pre-production since 2017 with the FPSO Pioneiro de Libra, with a capacity of 50,000 barrels per day. Libra is operated by Petrobras (40%) as part of an international partnership that includes TotalEnergies (20%), Shell Brasil (20%), CNOOC Limited (10%) and CNPC (10%). Pre-Salt Petróleo (PPSA) is the manager of the Libra Production Sharing Contract. For Arnaud Breuillac, President of Exploration and Production at TotalEnergies, “The Mero 4 investment decision is the latest milestone in the large-scale development of the vast petroleum resources of the Campo de Mero. This gigantic project is in line with TotalEnergies’ growth strategy in Brazil, which is to produce oil at competitive costs from the highest level fields and, at the same time, limit CO2 emissions to a minimum.”