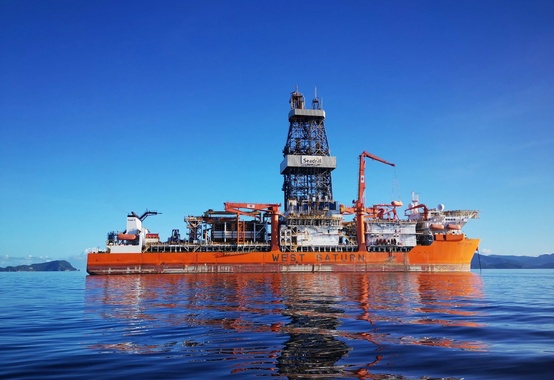 (PetroNoticias) News in the exploratory campaign of the American ExxonMobil in the Campos Basin. The oil company notified the National Petroleum Agency (ANP) this week about signs of oil and gas found in block C-M-789, in a water depth of 2,681 meters. The discovery was made in well 1-EMEB-1A-RJS (also called Opal-1A). The exploratory campaign in the block is being carried out with the West Saturn drillship.

As reported in February, ExxonMobil had restarted drilling in block C-M-789, after having abandoned the original well 1-EMEB-1-RJS due to operational issues. The oil company began drilling the repeated well 1-EMEB-1A-RJS, without prejudice to the company’s exploratory goals in the region.

A repeat well is one that is drilled shortly after the loss of the original well, having the same geological objectives. They basically keep the same name, earning just one more letter, as determined by the ANP. Block C-M-789 was purchased by ExxonMobil during the 15th Bidding Round, in September 2018. The American oil company is the operator of the area, with Petrobras (30%) and QPI (30%) as partners.