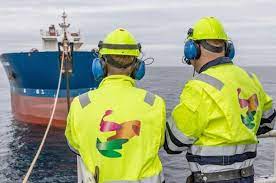 Earnings before interest and tax (EBIT) for April-June jumped to $614 million from $178.5 million a year earlier but were below the $668 million expected by analysts polled by Refinitiv.

Its quarterly oil and gas output fell to 199,000 barrels of oil equivalent per day (boepd) from 210,000 boepd a year ago due to field maintenance activities.

Output was also down on a quarter-on-quarter basis, with the average unit production cost rising to $9.0 per barrel of oil equivalent (boe) from $8.6 per boe in the first quarter, it added.

However, the company, which has an 11.6% stake in Equinor-operated (EQNR.OL) Sverdrup, western Europe’s largest oilfield, kept its full-year production guidance unchanged at 210,000-220,000 boepd.

It planned to decide on a concept for its NOAKA development, the largest oil and gas project in the North Sea after Sverdrup, in the third quarter, and to submit a plan for its Frosk development in the same quarter.

Analysts at DNB said earnings were weighed by exploration expenses, including higher than expected field evaluation costs, such as the preparation of development concepts.

Aker BP said field evaluation costs stood at $62 million in the quarter, up from $6.8 million a year ago, with NOAKA accounting for about two-thirds of the total.

“We have a heavy investment program going forward and we want to maintain the company’s financial robustness through the various price scenarios,” Chief Financial Officer David Toenne said.