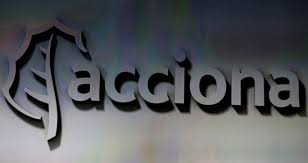 (Reuters) – Spain’s Acciona (ANA.MC) said on Thursday it was targeting a valuation of up to 9.8 billion euros ($11.66 billion) for its energy business following the listing of up to 25% of this unit, in what is set to be one of the biggest in a record year so far for listings in Europe.

The deal targets a lower valuation than the 12.1 billion euros achieved by Vodafone’s infrastructure unit Vantage Towers (VTWRn.DE) in a blockbuster deal in March but higher than the 7.6 billion pounds ($10.58 billion) achieved by British online food company Deliveroo (ROO.L) in March. read more

The energy and infrastructure group said in a statement it planned to price its energy unit on the domestic stock market at between 26.73 euros and 29.76 euros per share, raising as much as 2.45 billion euros without taking into account an over-allotment option to the joint global coordinators of the deal.

The planned IPO, which initially offers between 15% and 25% of its renewable business and is the largest in Spain in more than six years, has been one of the most closely watched deals in Europe.

Renewable energy stocks have pulled back from their January highs, casting some doubt over whether the sector would be as warmly viewed by investors as previously. Smaller renewable firm OPDenergy pulled a planned Madrid IPO earlier this year, while Ecoener (ECNER.MC) downsized its transaction.

Investors are clamouring for businesses that can help the world’s economies shift away from fossil fuels and stave off potentially catastrophic climate change.

With the so-called greenshoe option of between 10% and 15% of the offer, the deal could be worth up to 2.817 billion euros.

The IPO, addressed to qualified investors, will be carried out through the placement by parent company Acciona of ordinary shares of its unit, under the terms set in the prospectus to be submitted to the CNMV, it said.

Acciona said its renewables energy unit would apply for admission to negotiation on the Spanish stock market without providing a date.