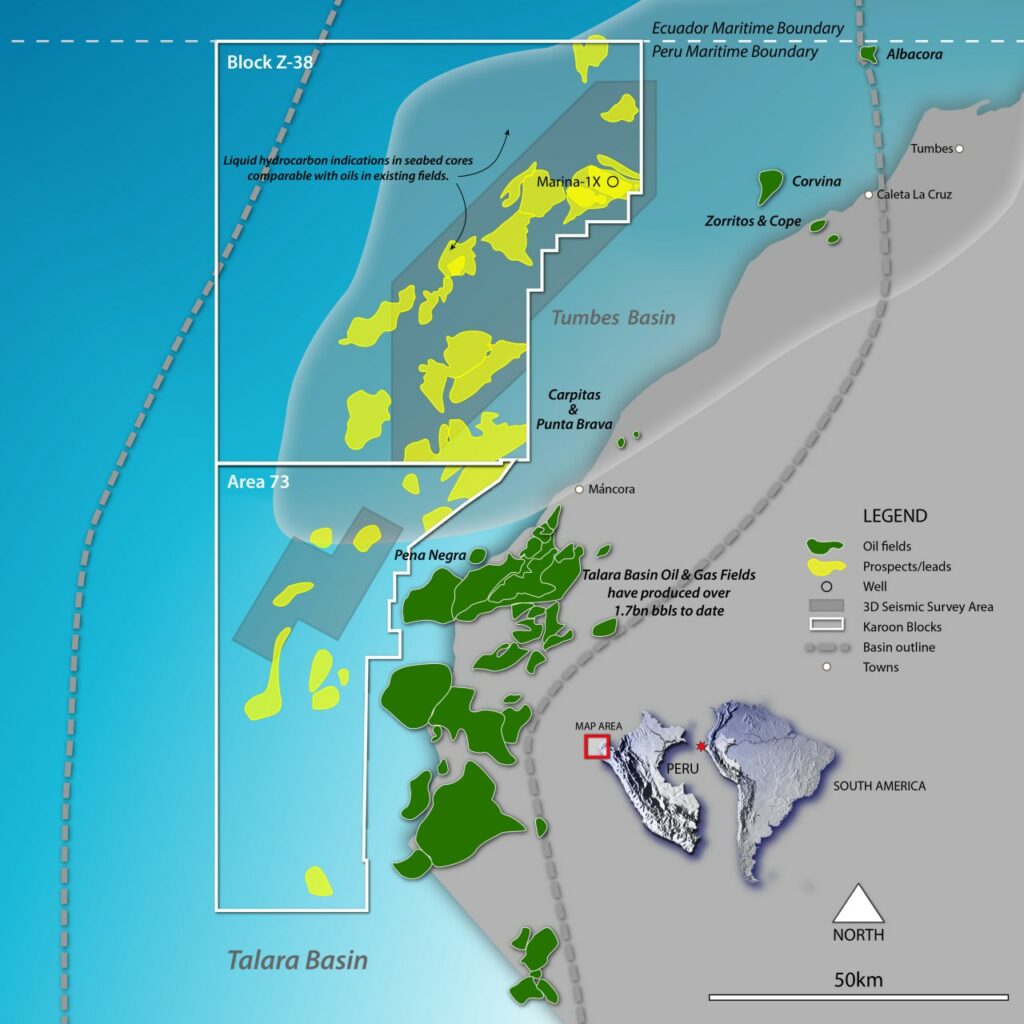 Australia’s Karoon Energy has received a dispute notice from a partner in its operated Block Z-38, offshore Peru, due to an alleged breach of obligations related to the drilling of a second exploration well on the block.

During the first quarter of 2021, Karoon finalised an agreement to reacquire, for nil consideration, Tullow’s 35 per cent participating interest and is in the process of receiving regulatory approval for this.

Also, Karoon, in its own capacity, decided not to enter into the fourth and final exploration period for the block.

Meanwhile, KEI Peru has received a notice of dispute from Pitkin Petroleum under the joint operating agreement in respect of Block Z-38, Karoon informed on Wednesday.

According to Karoon, the notice of dispute alleges, amongst other things, that KEI Peru is in breach of its obligations to enter into the fourth exploration phase of the Z-38 licence contract and to drill a second well within that licence area.

The first exploration well on the block, Marina-1, was drilled in early 2020. The well, drilled using the Stena Forth drillship, encountered thin water-bearing sands with no oil and only minor gas shows.

Whilst the notice requests that KEI Peru and Pitkin seek to resolve the dispute by negotiation between senior executives, the notice also refers to Pitkin potentially starting legal proceedings comprising claims for damages that are currently being assessed by Pitkin, but which Pitkin states are estimated to be in excess of $100 million, Karoon explained.

KEI Peru rejected Pitkin’s claims and intends to vigorously defend any legal proceedings should they be started by Pitkin.

Block Z-38 lies 10 kilometres offshore from the coast of northern Peru, 56 kilometres west of the city of Tumbes and 39 kilometres west of Caleta Cruz. The block is in water depths ranging from 300 metres along its eastern boundary to over 3,000 metres in the west and covers an area of 4,875 square kilometres.