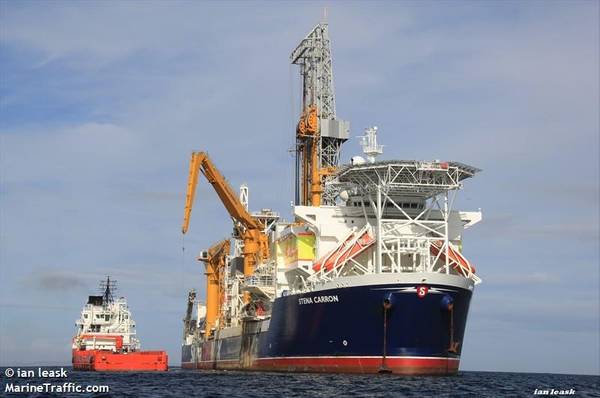 U.S. oil and gas company Hess Corporation has increased its interest in an ExxonMobil-operated block located offshore Guyana on the back of recent oil discovery in the block.

Westmount Energy, one of the partners in the Kaieteur Block, on Monday noted the announcement by Ratio Petroleum that Hess Corporation has increased its working interest in the block from 15 to 20 per cent.

This increase in Hess Corporation’s Kaieteur Block WI has occurred on the back of the Tanager-1 oil discovery, announced in November 2020, and via the farm-down of a 5 per cent WI by Cataleya Energy Limited (CEL) to Hess. The well was drilled using the Stena Carron drillship.

Tanager-1, the first well drilled on the Kaieteur block, encountered 16 metres of net oil pay (20oAPI oil) in high-quality sandstone reservoirs of Maastrichtian age and confirmed the extension of the Cretaceous petroleum system and the Liza play fairway outboard from the prolific discoveries on the neighbouring ExxonMobil operated Stabroek Block.

The well was reported as an oil discovery which is currently considered to be non-commercial as a standalone development. High-quality reservoirs were also encountered in Tanager-1 at the deeper Santonian and Turonian intervals, though interpretation of the reservoir fluids was reported to be equivocal and require further analysis.

In addition to the Tanager-1 oil discovery, a substantial Cretaceous prospect inventory has been mapped across the 5,750 km2 3D seismic survey, located in the southern part of the block, where the Kaieteur JV partners are currently high grading the next potential drilling targets.

Gerard Walsh, Executive Chairman of Westmount, commented: “This move is consistent with the Stabroek partners’ assessment that the total basin potential of the Guyana-Suriname Basin is now more than twice the discovered resource to date – indicating a potential yet-to-find resource in excess of 10 billion oil-equivalent barrels across the basin.

“It is also consistent with the view that considerable hydrocarbon resource potential may be present in the newly emerging deeper plays, such as the Lower Campanian/Upper Santonian play, where the 3D seismic data suggests that the channel systems are at least as extensive in area as they are in the shallower Maastrichtian/Upper Campanian Liza play fairway.

“We believe this farm-in transaction reflects confidence in the prospective resource potential of the Kaieteur Block and augurs well for the continuing exploration of the area”.