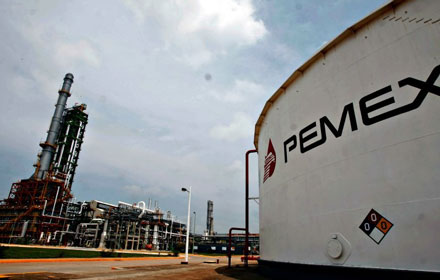 Mexico’s Senate on Thursday approved an initiative to remove certain limits on the market power of Petroleos Mexicanos (Pemex), in the latest boost for the state oil company under President Andres Manuel Lopez Obrador.

A few days after a congressman from Lopez Obrador’s National Regeneration Movement (MORENA) proposed it, the Senate signed off a measure that removes asymmetric price rules against Pemex that were designed to curb the firm’s market dominance.

The initiative had already passed the lower house.

Under the amendment to a transitory article in Mexico’s hydrocarbons law, energy regulator CRE will lose the power to subject Pemex’s sales of petroleum-based products, gas and petrochemical goods to asymmetric regulation.

The head of Mexico’s antitrust watchdog, the Federal Competition Commission, or COFECE, had objected to lawmakers removing the asymmetric regulation, arguing that it risked allowing Pemex to pursue anti-competitive practices.

Lopez Obrador, a leftist who is trying to restore the primacy of Pemex and the national power utility over private sector competitors, has been dismissive of COFECE, arguing that it is too beholden to corporate interests.