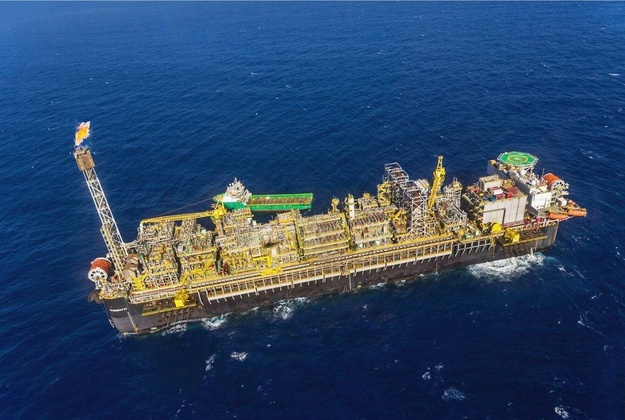 In 1Q21, we kept a solid operating performance, even with the worsening of the COVID-19 pandemic in Brazil. The average production of oil, NGL and natural gas in 1Q21 was 2.77 MMboed, 3.1% higher than 4Q20, as P-70, installed in the Atapu field, continued to ramp-up, and due to lower losses with maintenance stoppages on pre-salt platforms. When compared to 1Q20, production decreased by 5%, mainly due to the divestments concluded throughout 2020 and early 2021 and to the natural decline in production, which was, on average, 11% in the projects that have already reached their peak production and entered the decline phase.

Due to the worsening of the pandemic observed in 1Q21, we, once more, reduced the number of people in our platforms and adopted a differentiated boarding regime, aiming to reduce the daily flow of people with the consequent mitigation of the risk of contamination and of the impact on our operations. Despite the continuity of the contingency scenario, we have been able to operate safely and efficiently and to maintain a good performance.

Pre-salt production totaled 1.90 MMboed in the quarter, representing 69% of Petrobras’ total production against 63% in 1Q20. Production in the Búzios field platforms increased by 14%, mainly due to greater efficiency and stabilization of the units. We also had an increase in production in the Tupi field, due to the end of the ramp-up of the P-67, and in the fields of Berbigão, Sururu and Atapu, with the continuing ramp-up of the platforms P-68 and P-70.

The following are the quarter’s highlights:

• The arrival of FPSO Carioca at the Brasfels shipyard, in Angra dos Reis, in February, for the last integration stage of the unit modules before it moves to the definitive location in the Sépia Field, with production scheduled to start in 3Q21;

• The signature of the letter of intent for the construction of the FPSO Almirante Tamandaré, the sixth platform of the Búzios field, with a 225 kbpd capacity and production start-up scheduled for 2024;

• Review of the production start-up of FPSO Guanabara, the first definitive production system to be installed in the Mero field, from 4Q21 to 1Q22. The FPSO is under construction in China and, due to the restrictions imposed by the COVID-19 pandemic, there was a delay in the construction of the unit, with a consequent adjustment in the schedule, with no impact on the production target of 2021;

• Units P-68 and P-70 continued the ramp-up and presented high levels of operational efficiency in the quarter. Maximum production capacity is expected to be reached in2021; and

• Recent results in the dissection of flexible submarine lines of Búzios and Tupi allowed for the life extension of production lines in these fields, reducing the risk of production loss in 2021 due to stress corrosion by CO2.