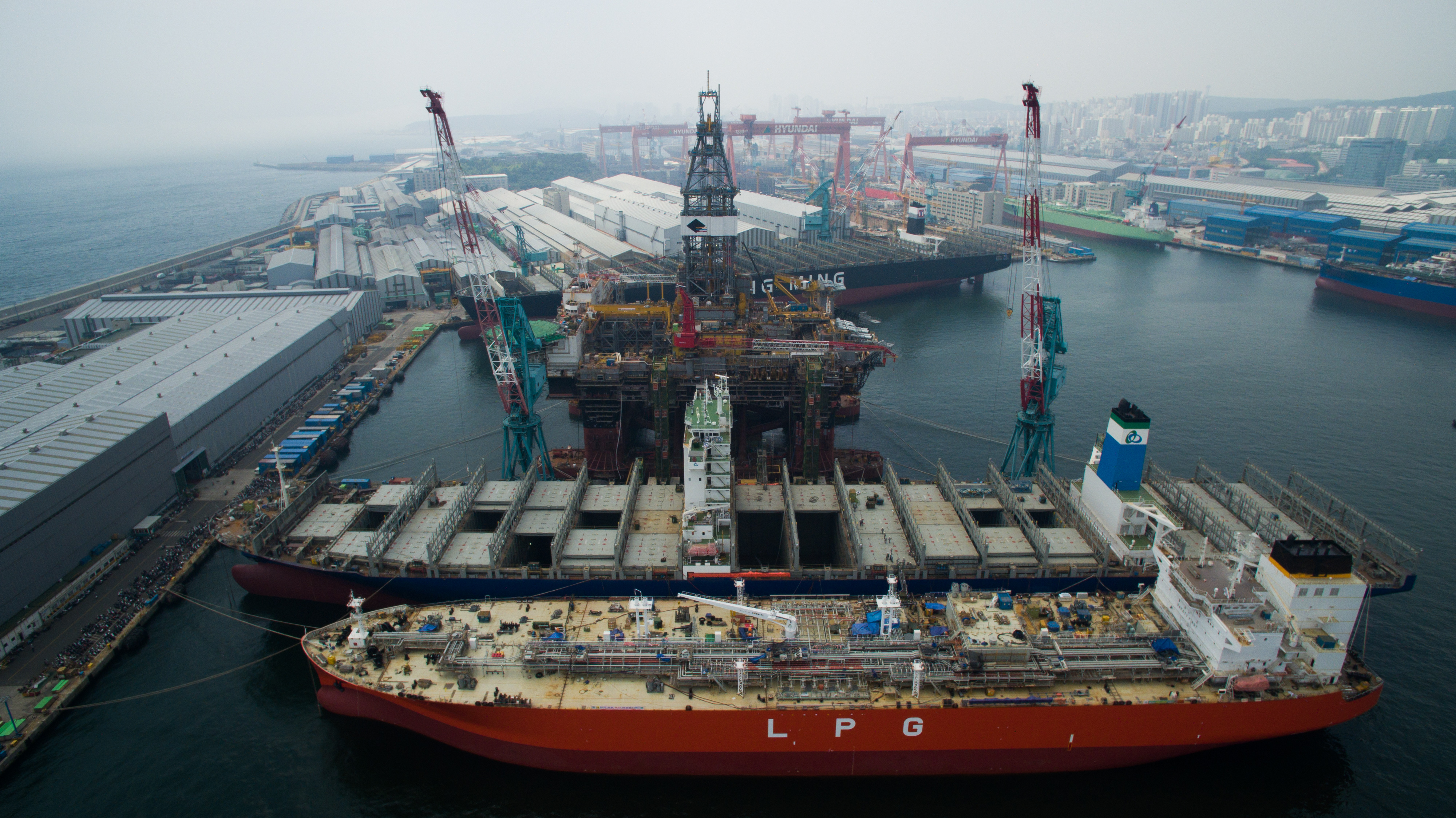 (Pulse) Korean shipyards enjoying a new heyday from revived commerce and oil activity have their hopes up for another windfall from offshore drilling facilities after years of inactivity.

KSOE and DSME made it to the final round in the tender with competitive bidding prices in February according to sources. KSOE created a consortium with Singaporean state-owned shipyard Keppel Corporation and Brazil’s BrasFELS and DSME with Italy’s Saipem S.p.A. Samsung Heavy Industries is also known to have pitched in for the deal with Brazilian energy firm EBR but did not make it to the cut.

Given the hefty size, KSOE and DSME may share each order as it takes several years to build even one FPSO. Petrobras is expected to make the announcement in coming months.

The deal raises hope for revival in offshore drilling activity on rapid pickup in international oil prices. The U.S. West Texas Intermediate (WTI) crude that fell to as low as $10 to $20 per barrel during the Covid-19 pandemic has bounced back to $60.

Korean builders have revisited their peak period by netting 5.32 million compensated gross tonnage, more than half of the global orders, in the first quarter. The rush has pushed up the country’s vessel exports to $7.35 billion in the first three months, the highest since 2016 mostly on demand for high-valued super-big container and LNG carriers.

KOSE on Monday added two 300,000-ton crude oil carriers order from an European company to its bulging order book list. It had snatched 42 percent, or 11 out of 26 very-large crude oil carrier orders placed around the world so far this year.

Offshore plant usually in multi-billion dollars could bring back the renaissance in Korean shipbuilding after years of a slump that led to a massive streamlining including sale of DSME and government bailout.