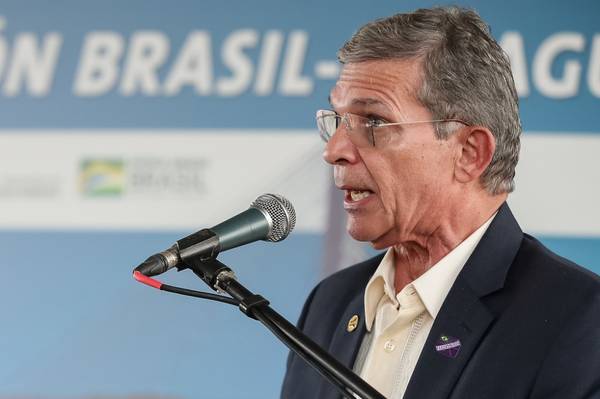 (Reuters) Joaquim Silva e Luna, the new chief executive of Brazil’s Petrobras (PETR4.SA), will look to respect the company’s current pricing policy and keep investing in deepwater assets, he said at his swearing-in ceremony on Monday.

The comments by the former army general signaled that Petrobras’ incoming administration will attempt to maintain some form of continuity with the policies of the previous administration, which generally won market plaudits.

While Luna’s comments regarding fuel pricing were not entirely novel, Brazil-listed preferred shares in the company rose roughly 2.6% over the course of his brief speech, and were trading up 3.9% at mid-day, among the biggest gainers on Brazil’s benchmark Bovespa equities index (.BVSP).

“There’s no doubt about the main challenges, among many of which are making Petrobras stronger all the time, working with a vision for the future,” Luna said.

“Growing sustainably in world-class oil and gas assets in deep and ultra-deep waters, incessantly looking for low costs and efficiency. And doing everything while reconciling the interesting of consumers and shareholders, valuing our oil workers, looking to reduce volatility without disrepecting international parity.”

International parity is a market-friendly policy that has been inconsistently applied at the state-run oil producer in recent years, in which fuels are sold domestically in line with international prices.

Former chief executive Roberto Castello Branco was forced out after a series of fuel price hikes angered President Jair Bolsonaro. Luna has since said that fuel prices should be subsidized at certain times but that Petrobras should not pick up the tab.

Petroleo Brasileiro, as the company is known, is currently in the middle of a massive divestment drive in a bid to reduce debt and sharpen the company’s focus on deepwater oil plays.

In a speech shortly after Luna’s comments, Mines and Energy Minister Bento Albuquerque said the divestments have been a success and are vital for attracting competition to the nation’s oil and gas sector.