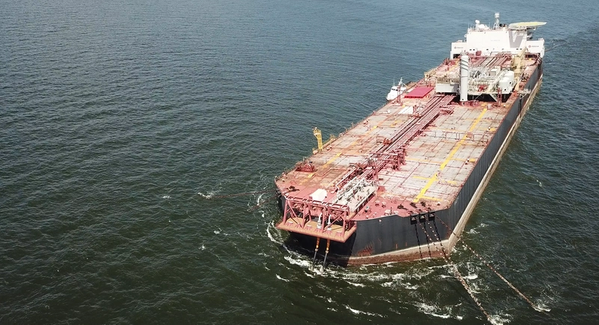 A floating facility off the Venezuelan coast has finished offloading crude stored in it for the past two years due to U.S. sanctions, paving the way for output to resume in an oilfield, an official of the facility’s operator said on Thursday.

Operations to remove crude from the Nabarima floating storage and offloading facility (FSO), anchored in the eastern Gulf of Paria near the maritime border with Trinidad and Tobago, started in December. The crude had been stored there since 2019 when the United States imposed sanctions on Venezuela.

The Nabarima is part of the Petrosucre joint venture between Venezuelan state oil company PDVSA and Italy’s Eni that operates the Corocoro offshore oil field.

It suffered mechanical problems last year that caused it to tilt, raising complaints from environmental groups in Trinidad and Brazil.

PDVSA and Eni did not immediately reply to a request for comment.

PDVSA is struggling to carry out maintenance and repairs at its facilities due to a chronic cash-flow shortage, which has been aggravated by U.S. sanctions.

Eni and PDVSA previously sold the crude produced by Petrosucre to the Venezuelan-owned refining company Citgo. But the supply contract was halted by the sanctions two years ago, leaving the project inactive and the crude stranded in the Nabarima.