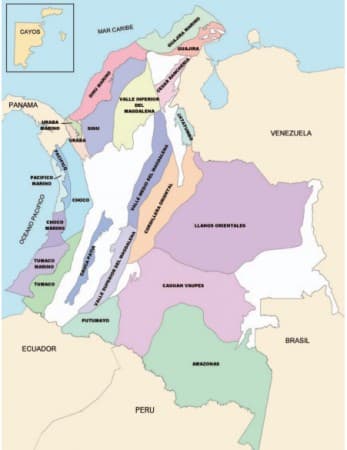 Colombia will launch this month the schedule for its 2021 licensing round offering 32 blocks for oil and gas exploration and production, with results expected in November, the head of the nation’s oil regulator told Reuters on Thursday.

Hoping to return to pre-pandemic oil demand and production levels next year, the National Hydrocarbon Agency (ANH) expects to award at least 15 of 32 conventional oil and gas areas selected in several basins through its Ronda Colombia 2021.

“Our priority in 2020 was to offer companies relief,” Armando Zamora, head of the ANH, told Reuters in an interview on the sidelines of the CERAWeek energy conference organized by IHS Markit.

Even after measures to secure cash in hand for oil firms, Colombia’s crude output declined to an average of 781,000 barrels per day (bpd) last year and only 18 exploratory wells were drilled versus 45 planned. Most of the expected investment was differed to 2021-2022.

“I do foresee a rebound effect in production, prices and activity after the pandemic,” he said.

Zamora said that ANH is this time working with several basins to make sure areas will be allocated, as the regulator’s interest this year is to award as many contracts as possible, not to obtain a big income from cashing bonuses.

The agency is currently trying to find a contract model that fits the needs of interested firms.

Many energy companies have shown interest in Colombia’s Caribbean onshore and offshore basins, as well as in its traditional Magdalena Medio region, according to Zamora.

The 32 blocks are part of more than 500 areas identified by the ANH in the country, including mature fields, emerging basins and bordering areas.

“It is not either or for us. It is all. There is a window of opportunity so we have to accelerate all (we have to offer),” he said.

Colombia has allowed exploratory pilot projects for non-conventional areas including shale oil and gas reserves while a fracking suspension imposed in 2018 remains in place, halting output.

Zamora expects that restriction to be lifted in 2022 after environmental regulation is updated.

“Colombia has big opportunities in non-conventionals. They are a key element for economic recovery and there is a lot of interest from the industry,” Zamora said.