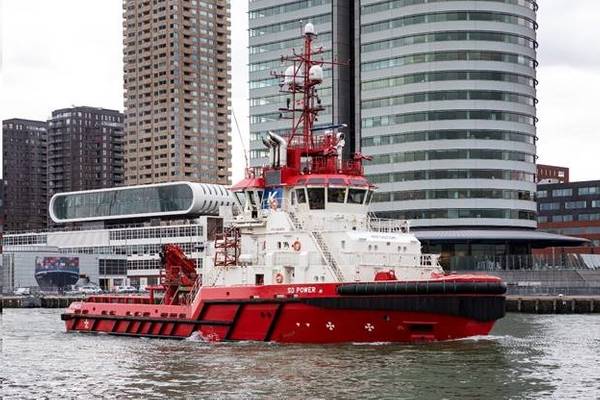 The Bahamas-flagged SD Power, formerly the BB Power, was built in 2015 at Vard Braila in Romania for ex-owner Buksér og Berging.

According to KOTUG, the contract for its newly acquired vessel marks the company’s first in South America.

“Being part of the growing offshore oil and gas activities in the cooperative republic of Guyana and working together with one of world’s largest oil majors ExxonMobil for us is an important milestone and in line with our long-term strategy to grow our business in the FPSO support business,” said Ard-Jan Kooren, CEO of KOTUG International. “KOTUG believes that with its innovative and customer focused approach it can help clients meet their global commitments.”

ExxonMobil’s first offshore Guyana project, Liza Phase 1, began producing via the Liza Destiny FPSO in late 2019. Liza Phase 2, remains on track to begin producing oil by early 2022. It will produce up to 220,000 barrels of oil per day at peak rates using the Liza Unity FPSO, which is under construction in Singapore.

To date 18 discoveries on the 26,800-square-kilometer Stabroek Block have uncovered current discovered recoverable resources estimated at more than 8 billion oil-equivalent barrels, establishing the potential for at least five FPSOs producing more than 750,000 barrels of oil per day by 2026, according to ExxonMobil.