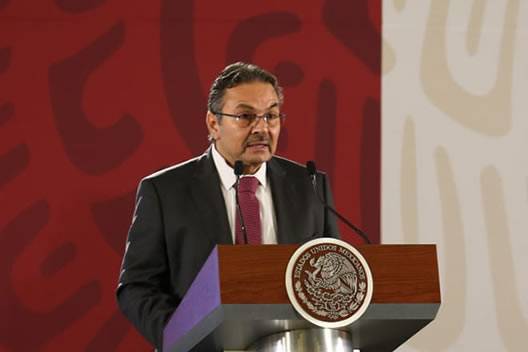 The package, mostly privately financed, is the first clear sign of corporate bosses’ readiness to invest under Lopez Obrador since the coronavirus pandemic this spring plunged Latin America’s second-biggest economy into its biggest slump since the Great Depression.

Ranging from the revival of a planned train link between Mexico City and the central city of Queretaro to investments for state oil firm Petroleos Mexicanos (Pemex), it comprises some 39 projects, the government said.

Unveiling the plan, worth over 297 billion pesos ($13.83 billion), at a news conference, Lopez Obrador extended a hand to corporate bosses, striking a conciliatory tone.

“We have no problem with business leaders. On the contrary, they deserve our utmost respect and admiration because they invest, generate jobs and create welfare,” he said alongside some of Mexico’s most prominent industry chiefs.

Since taking power nearly two years ago, Lopez Obrador has had a choppy relationship with business, angering companies and allies of Mexico by threatening to tear up contracts worth billions of dollars signed under the previous government.

The leftist Lopez Obrador insists that past governments were permeated by corruption and skewed the economy in favor of private interests, particularly in the energy sector.

The resulting chill in investor confidence that set in helped to tip Mexico into a mild recession in 2019 before the pandemic battered the global economy.

This year, leading forecasters expect Mexico’s economy to contract by up to 10% or more, though Lopez Obrador has kept a tight rein on public purse strings to avoid going into debt.

Industry sources familiar with discussions on the projects said the president is increasingly conscious that he needs private sector investment to realize his economic goals.

Monday’s investment package, which is to be largely funded by private capital, was the first of what business leaders say should be a series of investment announcements.

Among the biggest projects listed were plans to improve the refining potential of Pemex, which Lopez Obrador has put at the center of his drive to create a more mixed economy.