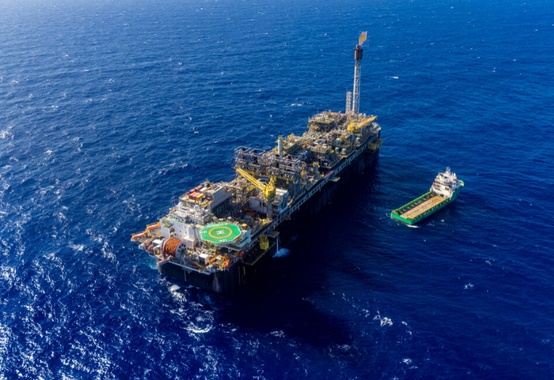 The ANP’s Monthly Bulletin on Oil and Natural Gas Production presents detailed data for June 2020.  National production was 3.821 MMboe / d (million barrels of oil equivalent per day), with 3.013 MMbbl / d ( million barrels per day) of oil and 128 MMm3 / d (million m3 per day) of natural gas. It is the first time since January, when 3,168 MMbbl / d was produced, that national oil production exceeds 3 MMbbl / d.

Also noteworthy is the increase in the Sururu deposit, due to the start of production of its first well; the complete return of the P-43, in the Barracuda Field; and the resumption of Manati and Gaviões, which are non-associated gas fields, depending on electricity dispatches and gas consumption in the market.

During the month of June, 34 fields had their respective production temporarily interrupted due to the effects of the Covid-19 pandemic, of which 16 offshore and 18 onshore, and a total of 60 marine production facilities remained with interrupted production. There was no change compared to May.

As of this edition, the bulletin brings new graphics in the “Ranking” chapter, containing the accumulated production of oil and gas from the 20 largest offshore and onshore fields, from the beginning of its production until June this year, in addition to the historical average of annual production of the 20 largest maritime and land fields (graphs 19 to 26). In the tables related to the Bulletin, available on the same page of the ANP website, it is possible to see the complete data, including the year of production of each field.

Access the June edition of the Monthly Bulletin on Oil and Natural Gas Production and the associated tables on the page http://www.anp.gov.br/publicacoes/boletins-anp/2395-boletim-mensal-da-producao-de -petroleo-and-natural-gas.

This month, production began at the Atapu deposit, which comprises the Atapu fields, west of Atapu and a portion of the Union’s non-contracted area, through the P-70 platform, in the eastern portion of the Santos Basin Pre-salt.

The increase in gas flaring in relation to May was due to the start of the P-70 operation, in Atapu, burning the entire gas production at its commissioning, in addition to the start-up of another well at the Sururu and increased production in Búzios, Sapinhoá and Jubarte.

In this month of June, offshore fields produced 96.8% of oil and 85.8% of natural gas. The fields operated by Petrobras were responsible for 95.5% of the oil and natural gas produced in Brazil. However, fields with Petrobras’ exclusive participation produced 41% of the total.

The Petrobras 75 platform, producing in the Búzios field through four interconnected wells, produced 163.409 Mbbl / d of oil and was the facility with the highest oil production.

The FPSO Cidade de Itaguaí installation, producing in the Lula field, through seven wells connected to it, produced 7.565 MMm³ / d and was the installation with the highest production of natural gas.

In June 2020, 273 areas granted, three areas of TOR and five sharing, operated by 34 companies, were responsible for national production. Of these, 62 are offshore and 211 onshore, nine of which are for area contracts containing marginal accumulations. Production took place in 6,832 wells, 503 offshore and 6,329 onshore.