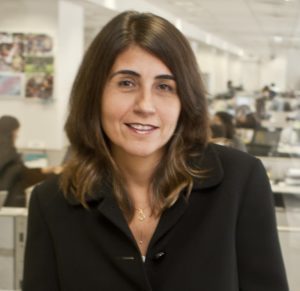 Petrobras is well prepared to operate with oil prices as low as $ 15 a barrel, after putting in place several measures to deal with the sector’s global crisis scenario, and may make further cost cuts, the company executive director of Finance and Investor Relations, Andrea Almeida, said on Friday.

In view of the effects of the new coronavirus pandemic on the global economy, Petrobras announced in the last few months a series of actions such as cuts in operating expenses, postponement of dividend payments, reduction of investments, among others.

“We didn’t stop there, we continue to work to generate new actions and new cost reductions, as we have more news, we will talk to the market”, said Almeida, during a video conference with analysts about the results quarterly.

“If we look now until the end of the year … we are well prepared even for a price of 15 dollars per barrel, showing the resilience and the focus that Petrobras has given to attitudes of seeking the company’s liquidity.”

The company recorded a record net loss of R $ 48.5 billion in the first quarter, after a large accounting write-off due to a review of the long-term assumptions for Brent oil, due to the pandemic-related impacts on the company’s assets.

The company also said it now projects the Brent price in the long run at $ 50 / barrel, against $ 65 / barrel previously, projecting the average price this year at $ 25 / barrel.

This Friday, Brent oil operated above $ 32 a barrel, having recovered significantly after a low of less than $ 20 recorded in April, when the commodity touched the lowest value since 2002.

During the videoconference, Petrobras President Roberto Castello Branco stressed that the pandemic is still bringing lessons and helping to accelerate a strategy that was already underway, of cutting costs and divestments.

“We are planning several other measures for the future, including when we come out of this Covid-19 crisis,” he said.

“We came to the conclusion, with the experience of the ‘home office’, that it is possible to work with only 50% of the staff in the offices. This will allow us to free several buildings and reduce costs,” he said.

In addition, Castello Branco also pointed out that the company remains firm in its divestment strategy.

“The crisis only makes us accelerate the strategy that was put in place in early 2019, including the divestment program, which remains intact,” he said.

The president also explained that the oil company created a contract renegotiation committee, which has been successful in extending payment terms and reducing costs.

On another front, the oil company is reviewing the plans outlined for the contracting and construction of new FPSO-type platforms, foreseen in the current business plan, said the executive director of Production Development, Rudimar Lorenzatto.

According to the director, in a short-term view, the company is looking for efforts to maintain planned deadlines for projects that are with an advanced degree of construction. He considered, however, that the expected impacts “are small”.

On the extraction side, the company currently sees no need for production cuts in the short term, as the market for some of its products abroad remains robust, said the executive director of Logistics, André Chiarini.

In April, the company achieved its goal of producing 2.26 million barrels a day of oil, against 2.32 million bpd in the first quarter.

The company suffered impacts from Covid-19 last month of around 180,000 barrels per day, due to falling demand, hibernation, restriction of shipments, fewer scheduled stops, explained the executive director of Exploration and Production, Carlos Alberto de Oliveira .

However, the executive stressed that there is currently no production restriction associated with reduced demand.