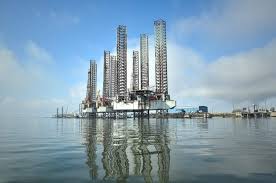 Offshore drilling contractor Borr Drilling has received notices of early termination for several of its drilling rig contracts, but it has also been awarded new contracts for its rigs. As a result, Borr’s total revenue backlog has been impacted negatively by about $16 million.

Borr said in an update on Monday it had been awarded letters of award for work in the Asia Pacific region for two of its premium jack-ups, of which one is a newbuild being activated.