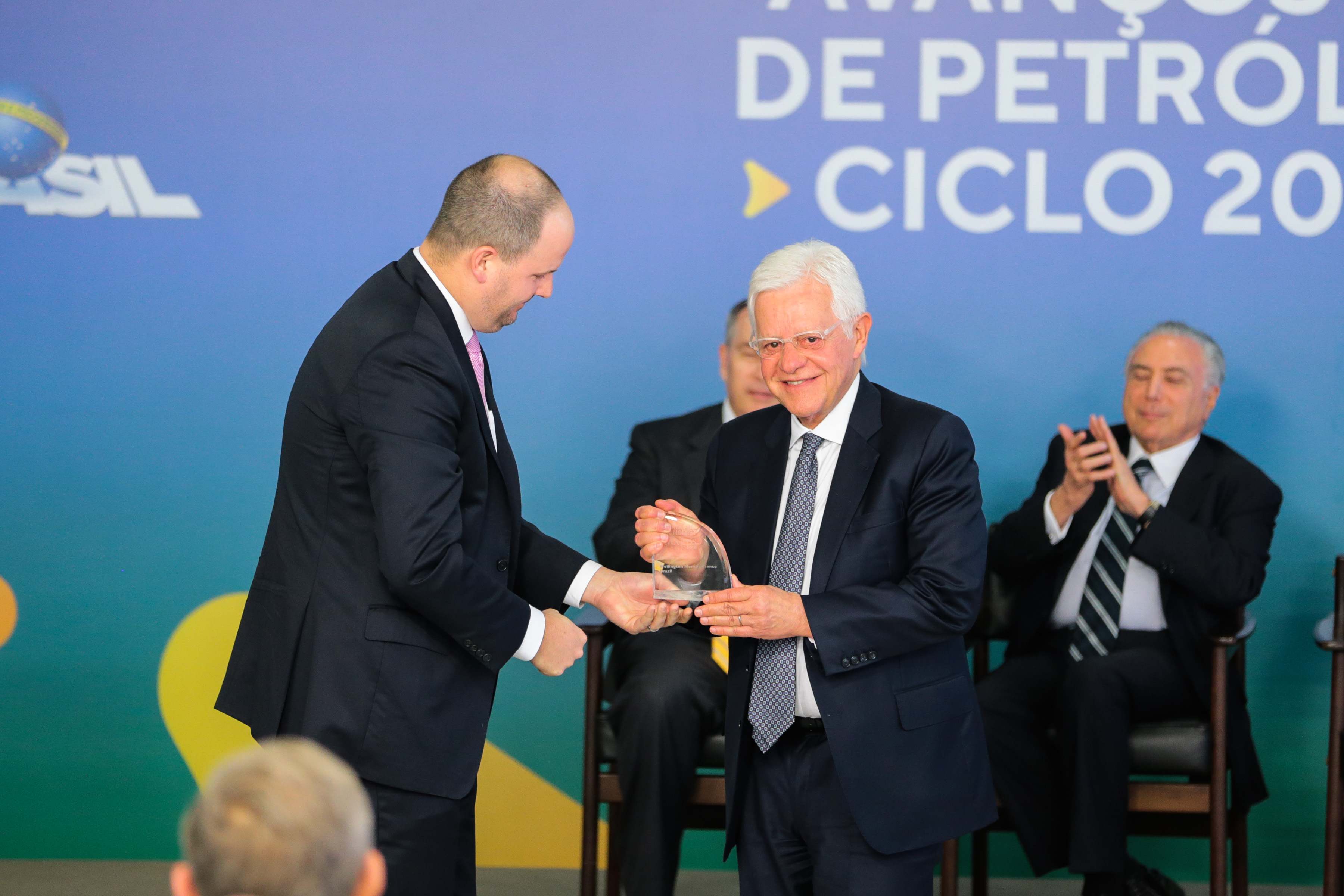 Minister of Mines and Energy Moreira Franco received today from the hands of Mr. Andy McDowell, vice president of the publisher Gulf Energy Information, World Oil, which publishes the magazine Petroleum Economist, the tribute of “Minister of the Year of 2018”.

The Petroleum Economist Award was created in 2014.  Energy Ministers from around the world participate for this award. The honor recognizes the minister who has made a significant contribution to the energy sector of his country, earning the respect of his peers and ministry employees, as well as national and international companies operating in the country.

The head of the MME was chosen among four other candidates in the global energy sector: Dr Abdulhussain Mirza (current Minister of Electricity and Water Affairs of Bahrain), Franklin Khan (Minister of Energy Industries of Trinidad and Tobago), Mansour Elimane Kane of Infrastructure in Senegal) and Rick Perry (former governor of Texas and current Secretary of Energy of the United States).

In choosing Moreira Franco, the Petroleum Economist magazine highlighted its constant defense of the importance of renewable energies to stimulate social justice, the need for modernization and energy security of the Brazilian electricity system, for the expansion of hydropower and environmentally sustainable energy.

The magazine also highlighted the Luz para Todos program, which today serves more than 16 million Brazilians, and can universalize access to all Brazilians by December 2022.

The magazine also highlighted the defense made by the minister of oil and gas auctions to supplement social spending and boost employment, and cites data from the ANP that estimates that up to 2054 US $ 2 trillion can be collected with taxes from the bidding rounds and sharing contracts for 2019.