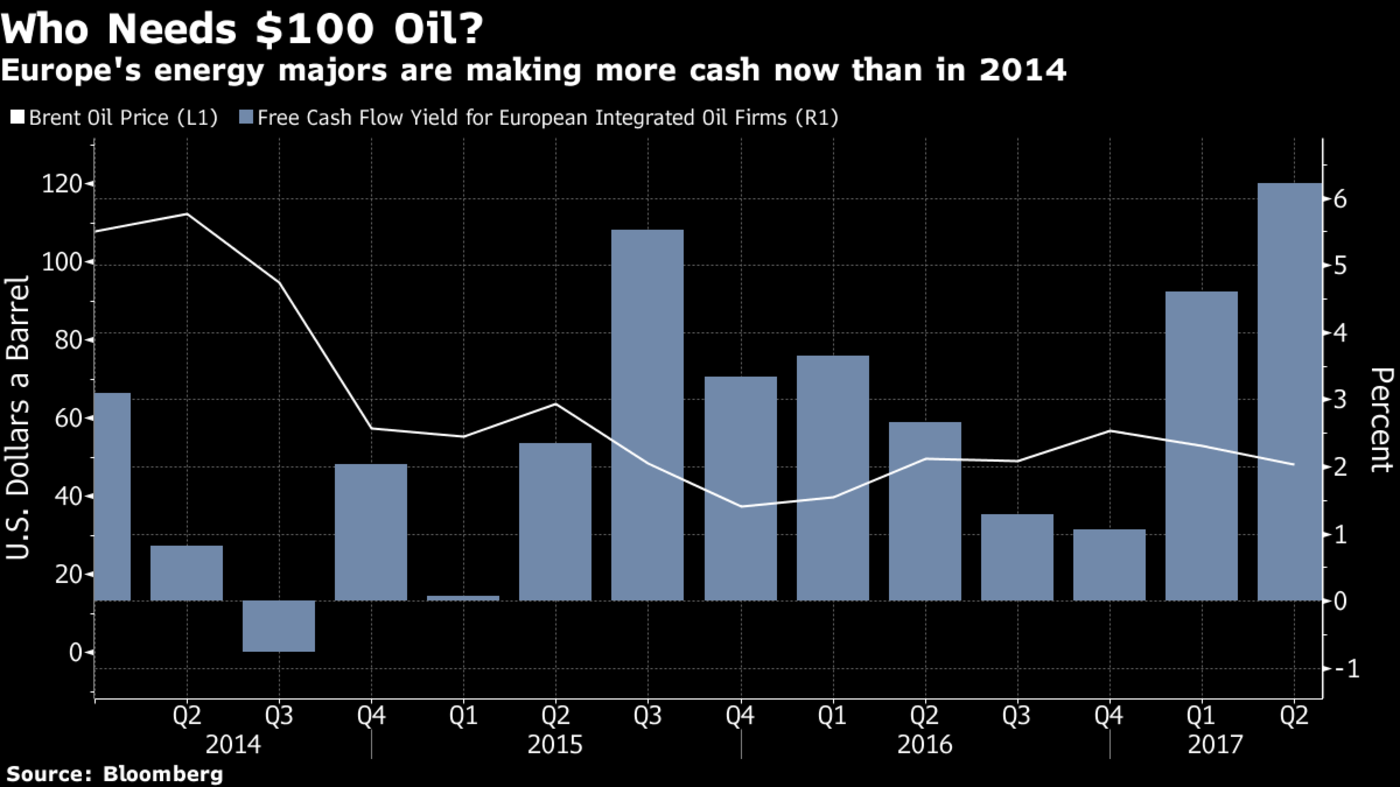 Oil majors are raking in more cash now than they did in the heyday of $100 oil, according to Goldman Sachs Group Inc.

Integrated giants like BP Plc and Royal Dutch Shell Plc have adapted to lower prices by cutting costs and improving operations, analysts at the bank including Michele Della Vigna said in a research note Wednesday. European majors made more cash during the first half of this year, when Brent averaged $52 a barrel, than they did in the first half of 2014 when prices were $109.