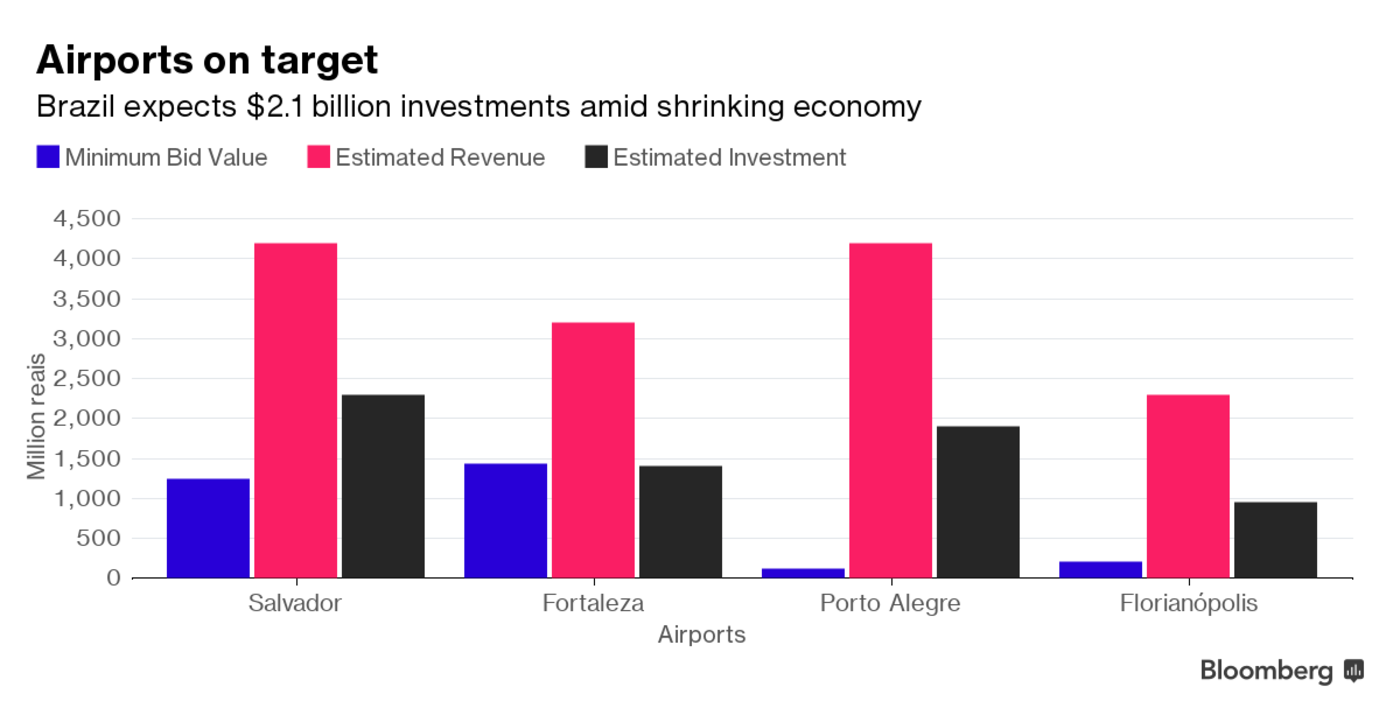 Brazil raised 3.72 billion reais ($1.2 billion) with the auction of four airports on Thursday in the latest test of President Michel Temer’s strategy of jump-starting growth via private investments.

The auction, the first of its kind since 2013, had bids for all the airports. Fraport AG Frankfurt Airport Services Worldwide got contracts to operate the airports of Porto Alegre and Fortaleza, while Vinci SA and Flughafen Zuerich AG won contracts for Salvador and Florianopolis, respectively.