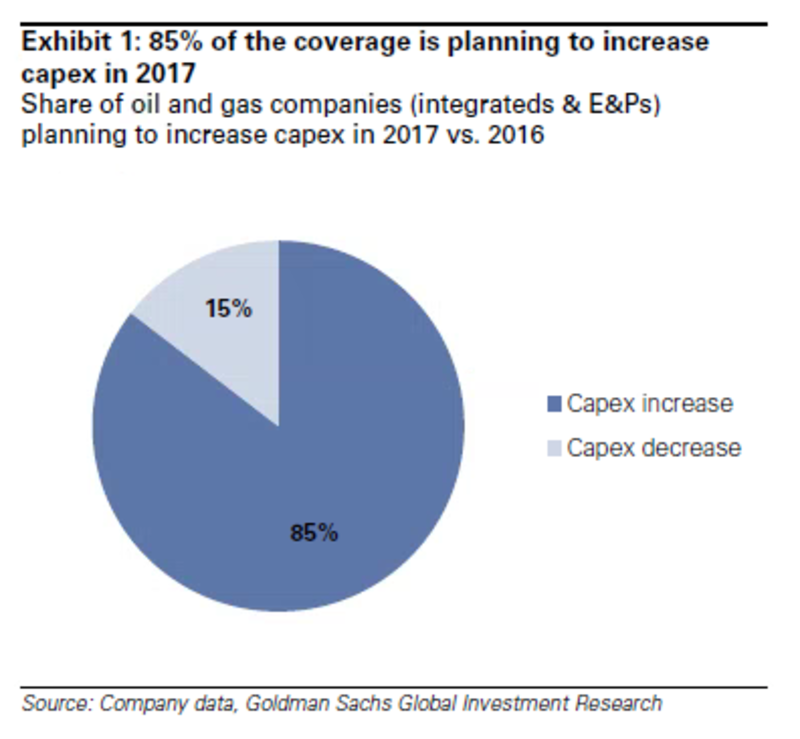 Oil prices are down nearly 10 percent over the past month, leading some to wonder if we’re set for a resumption of the plunge seen between 2014 and early 2016. Executives at oil companies, however, are optimistic.

A new note from Goldman Sachs Group Inc. dives into fourth quarter earnings calls to get a sense of how these CEOs were dealing with the downturn that has been dragging on for nearly three years. The team of strategists, led by Peter Hackworth, came away with good news for oil bulls.