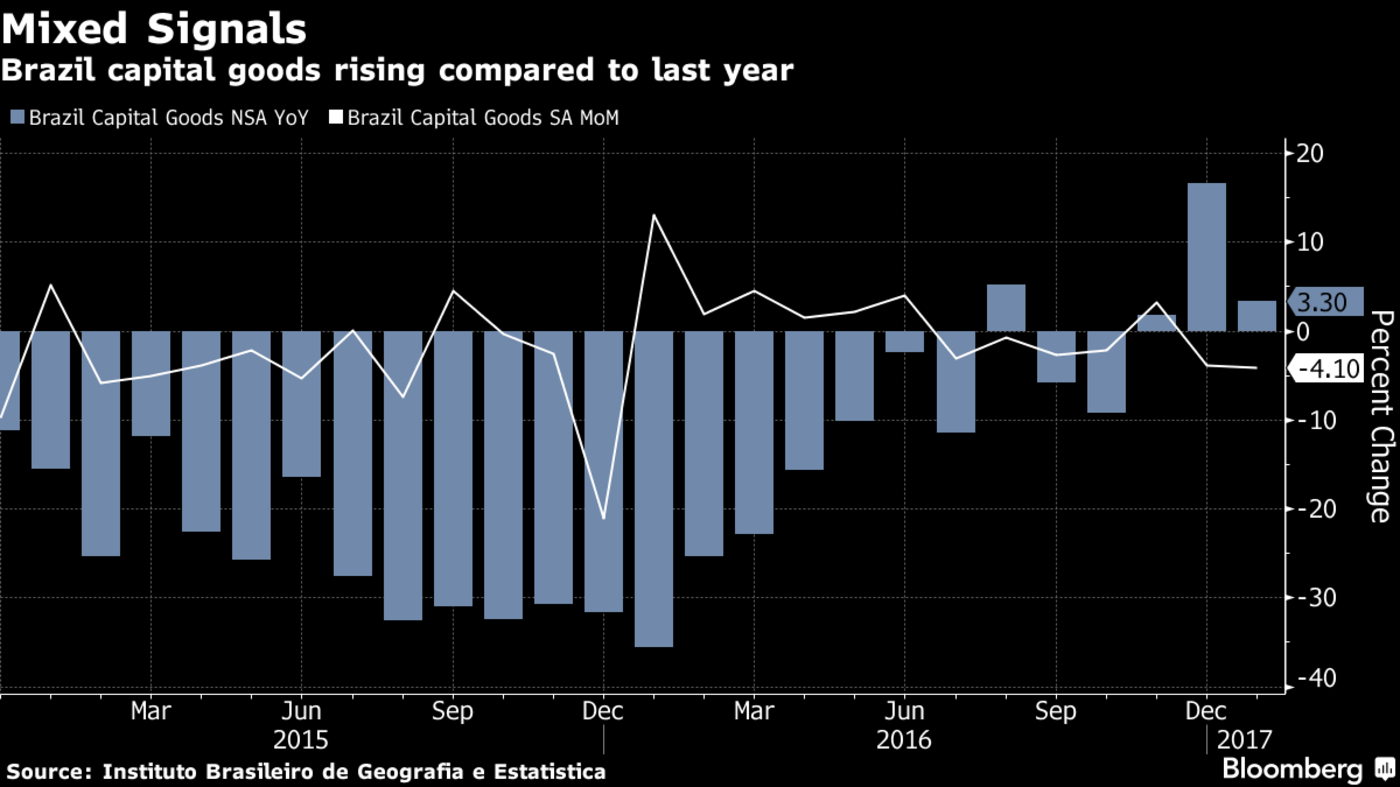 Brazil’s industrial output fell less than forecast in January as policy makers seek signs that the country is on its way out of its biggest recession on record.