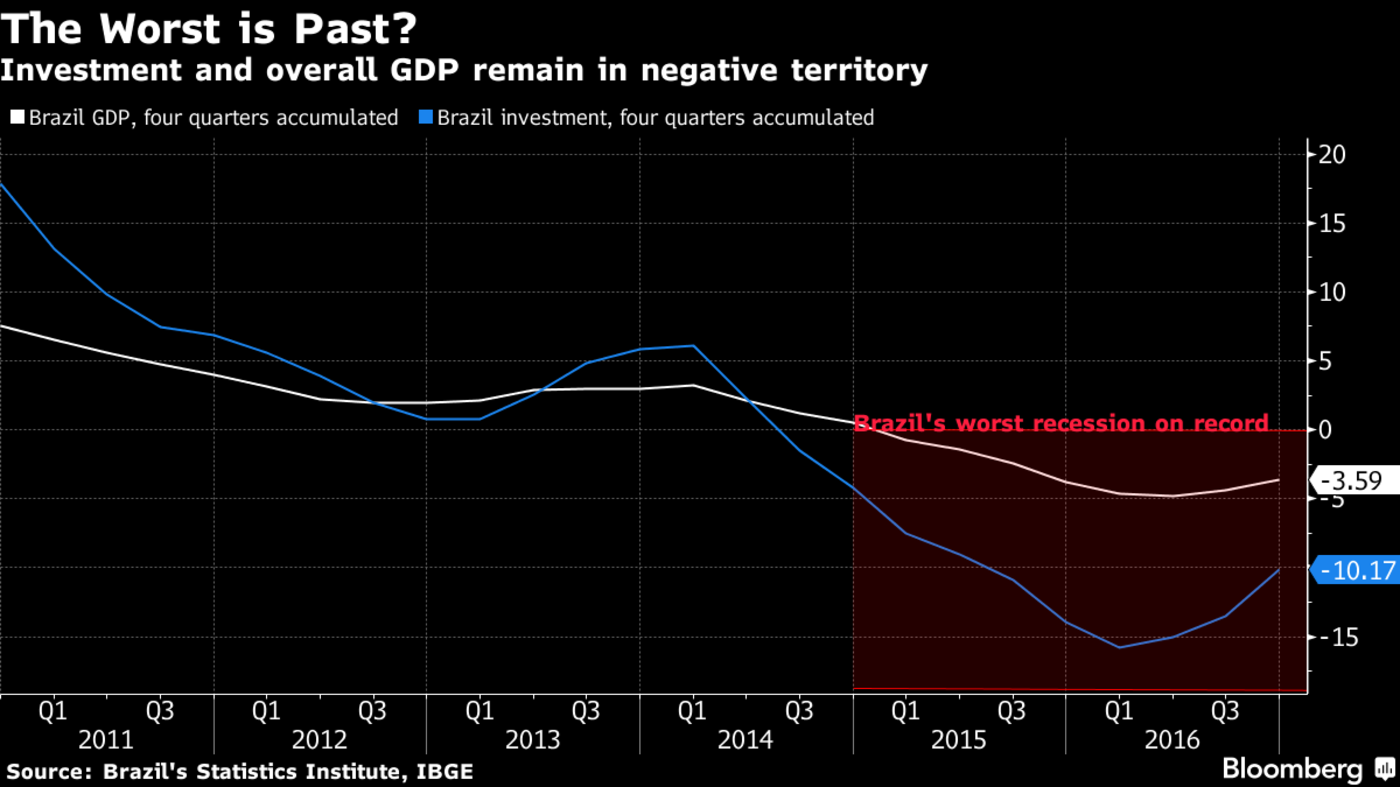 Brazil’s economy shrank for an eighth successive quarter in the final months of 2016, capping a disastrous year in which the nation faced its worst recession on record and impeached its president.

Gross domestic product contracted 0.9 percent in the final three months of 2016, its biggest decline in a year, after a revised 0.7 percent drop the previous quarter, the national statistics institute said Tuesday. That was worse than the median estimate for a 0.5 percent decline from 46 economists Bloomberg surveyed, and lower than all but four of their estimates. For the full year Brazil contracted 3.6 percent.