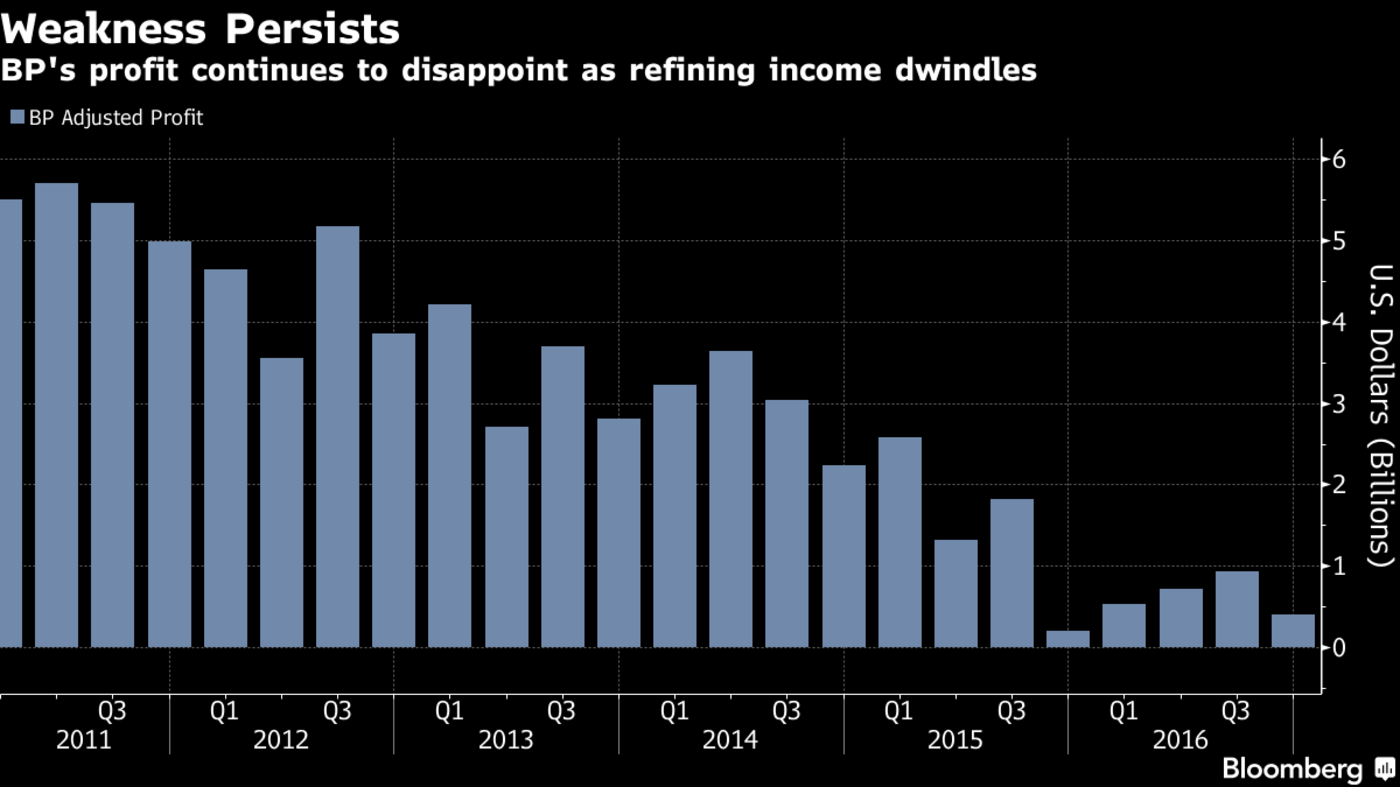 Profit adjusted for one-time items and inventory changes totaled $400 million, falling short of the $567.7 million average estimate of analysts. Unlike peers Royal Dutch Shell Plc and Exxon Mobil Corp., which said cash flow now covered spending and dividends at current oil prices, BP said it wouldn’t achieve that until the end of the year, and only if Brent crude rises to about $60 a barrel.