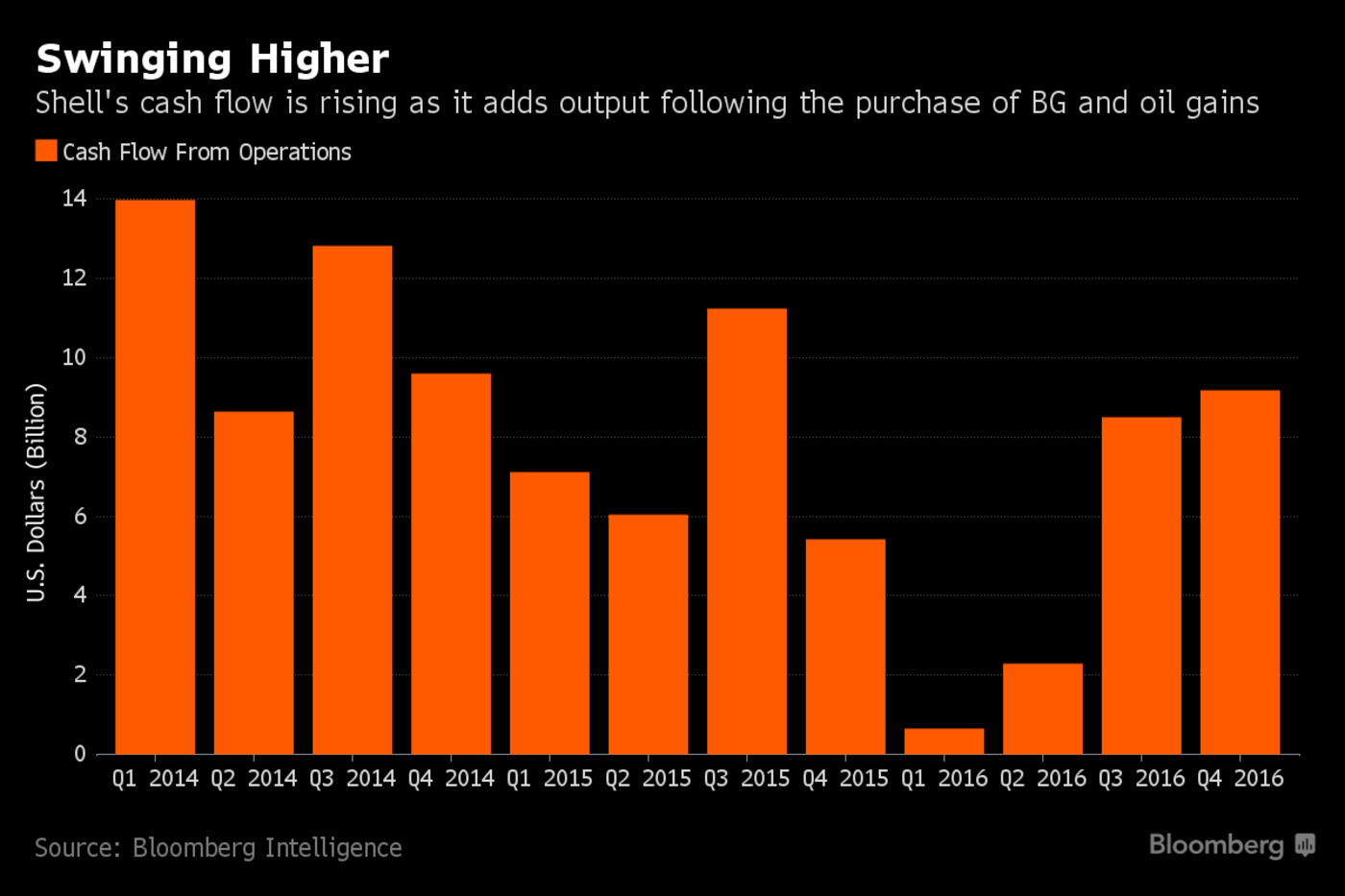 Royal Dutch Shell Plc appeared to put the worst of the oil slump behind it as rising cash flow allowed Europe’s largest energy company to trim debt for the first time since the downturn began.

Investors looked beyond a worse-than-expected fourth-quarter profit, sending shares higher. Following billions of dollars of cost reductions and a recovery in oil prices just as production rose last year, the company generated enough cash to cover spending and dividends for a second consecutive quarter — assuaging what has been a key concern for shareholders throughout the 2 1/2 year rout.