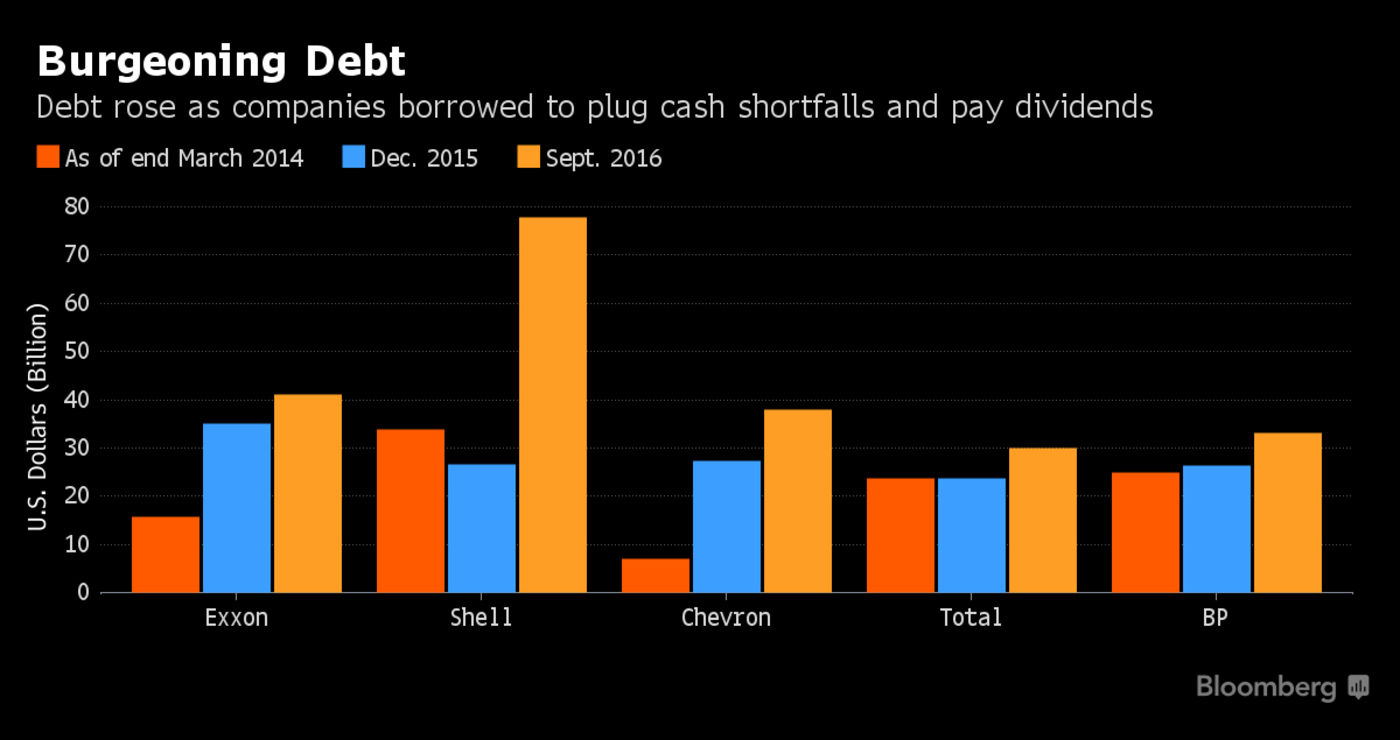 Since prices began to sink in 2014, the five “supermajors” more than doubled their combined net debt to $220 billion. That may be as bad as it gets. At $50 a barrel, they can balance their books and pay dividends without borrowing for the first time in five years, according to analysts at Jefferies International Ltd. All of the drillers will probably report profit growth in the next two weeks.