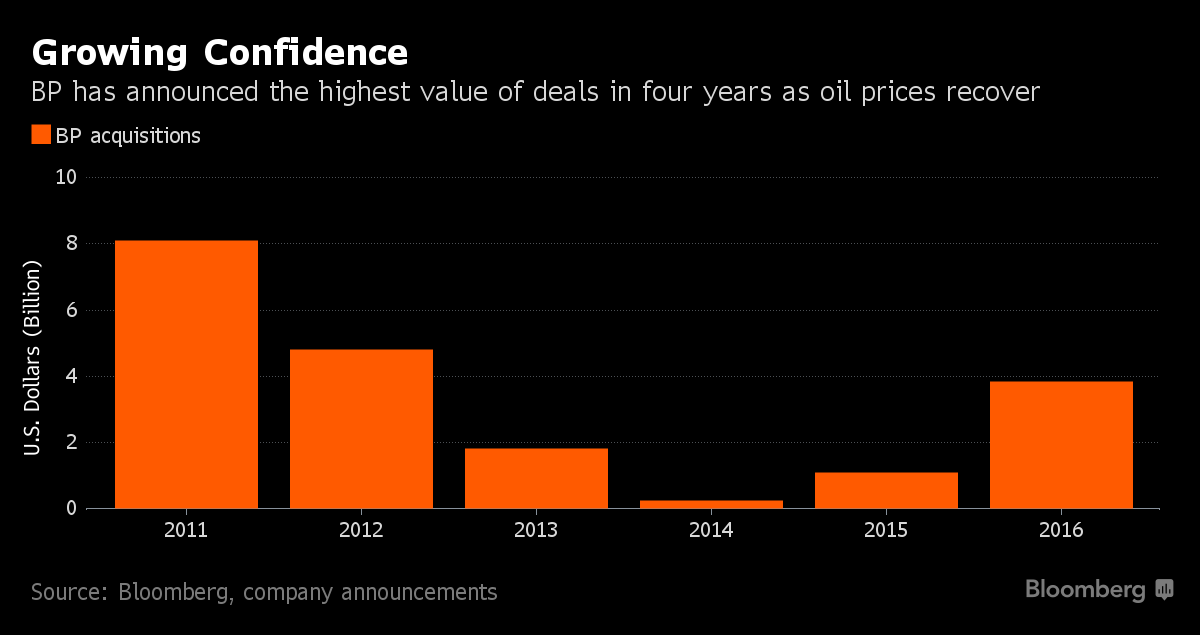 BP Plc is piling up assets with more than $3 billion of deals in three days as Chief Executive Officer Bob Dudley sees the company emerging from the doldrums after a two-year price slump.

Since Saturday, BP has announced a $2.2 billion expansion of output in Abu Dhabi and a $916 million investment in fields in Mauritania and Senegal. That brings its 2016 acquisitions to more than $3.8 billion, the highest in four years, according to data compiled by Bloomberg.