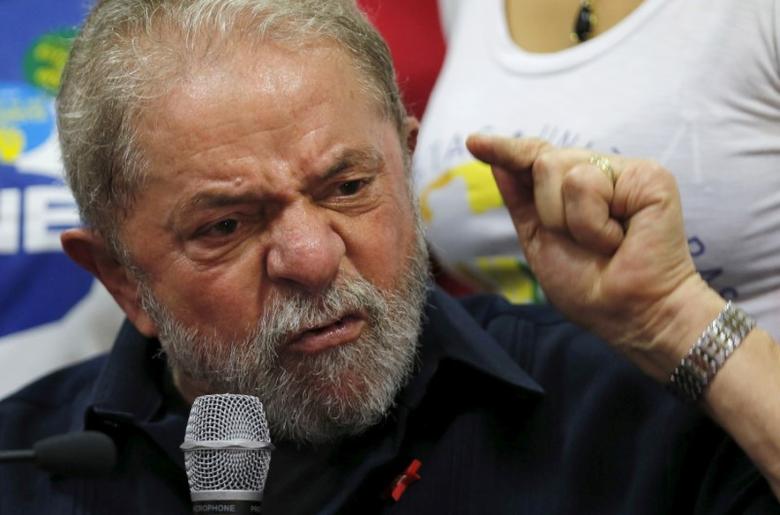 Former Brazilian President Luiz Inacio Lula da Silva gives a statement to the media after being detained for questioning in a federal investigation of a bribery and money laundering scheme in Sao Paulo, Brazil, March 4, 2016. REUTERS/Paulo Whitaker/File Photo

Lula, president from 2003 to 2010 and a possible candidate in the 2018 election, is already a defendant in three criminal probes linked to the so-called Car Wash investigation into large-scale corruption at state-controlled oil company Petrobras.

According to the Federal Police, he should also be charged for corruption in the acquisition of land for his foundation and the rental of an apartment in the same building where he lives. The Federal Police alleges these expenses were paid by Brazilian engineering firm Odebrecht SA, G1 said.