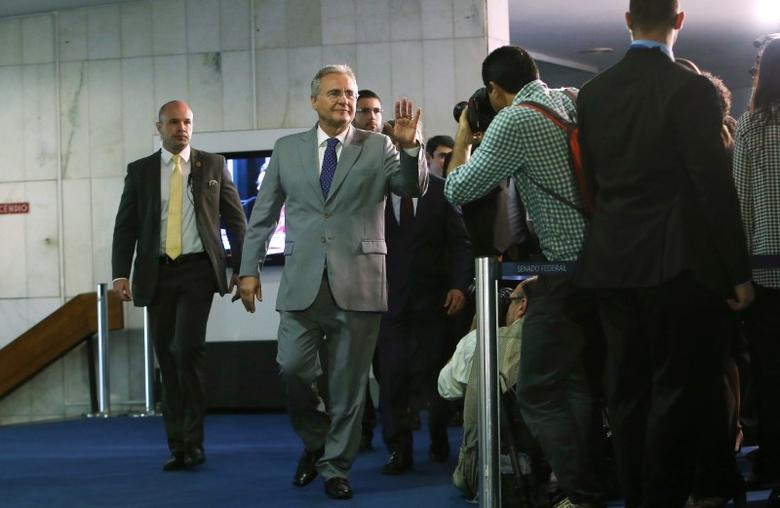 The Supreme Court is seeking an agreement to resolve Brazil’s constitutional crisis that would allow indicted Senate head Renan Calheiros to stay on the job as long as he is not allowed to become president of the country in the line of succession, the Folha de S.Paulo newspaper reported on Wednesday.

The Supreme Court will meet at 2 p.m. (1600 GMT) to decide whether to uphold or overturn an injunction by one of its justices ordering Calheiros’ removal because he was indicted for embezzlement. Calheiros, whose mandate expires when Congress goes into its Christmas recess in a few days time, refused to step down on Tuesday.

The Brazilian real BRBY strengthened over 1 percent in early trading as concerns eased that Calheiros’ ouster could potentially delay the approval of austerity measures. Stock markets had not yet opened.